LIMA – A judge ordered that a Wayland man be held in jail after the Livingston County Sheriff’s Office arrested him for allegedly possessing a needle and Suboxone.

On Aug. 11 at approximately 7:30 p.m., Deputy Shawn Whitford was dispatched to Dalton Road in the Town of Lima for the report of a vehicle driving all over the road. The Deputy Sheriff located the suspect vehicle stopped at the intersection of Dalton Road and Gale Road.

The operator, identified as Wiemer, was observed passed out at the steering wheel. The Deputy woke Wiemer and as he exited the vehicle, he was found to be sitting on what is believed to be a hypodermic needle. A roadside impaired driving investigation was launched which ultimately concluded with Wiemer being taken into custody for Driving While Ability Impaired by Drugs and Criminal Possession of a Hypodermic Instrument.

Further investigation on scene alleges that Wiemer was in possession of two additional needles, a glass jar containing marijuana, and a quantity of Suboxone strips. The discovery led to additional charges.

Wiemer was taken to Sheriff’s Office HQ in Geneseo where Deputy Connor Sanford, who is a Certified Drug Recognition Expert, conducted an evaluation. Sanford alleges that Wiemer was under the influence of a narcotic analgesic and cannabis and could not operate a vehicle safely.

Wiemer was turned over to Central Booking Deputies at the Livingston County Jail for processing and pre-arraignment detention. He was later arraigned in the Town of Geneseo Court before Justice Kathleen Houston, who ordered that Wiemer be held on $750 cash or $1,500 secured bond. 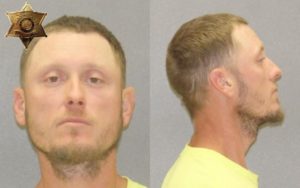