According to a press release from the Livingston County Sheriff’s Office, Anthony Cassata, 53, was arrested in 2015 for felony Grand Larceny in the Third Degree, but he fled the state. A Superior Court Bench Warrant for his arrest was issued and numerous attempts were made to take Cassata into custody.

Sheriff’s Office Investigators received information that Cassata had returned to the area. On Jan. 5, 2018, Cassata was located and taken into custody. He was held by the Monroe County Sheriff’s Office on unrelated felony charges in their jurisdiction.

On Jan. 9, Cassata was brought to the Livingston County Court to answer to the Superior Court Warrant. He was arraigned by Judge Wiggins and remanded to the custody of the Sheriff on $25,000 cash bail. Assisting in the apprehension of Cassata were the Monroe County Sheriff’s Office, Gates PD and Rochester PD.

While Cassata was on the run, the Livingston County Sheriff’s Office began an investigation regarding welfare fraud. It is alleged that Cassata had applied for public assistance and began receiving benefits under false pretenses. The investigation revealed that Cassata received over $2,250 in benefits that he was not entitled to receive. Cassata was charged with Welfare Fraud in the Fourth Degree and Grand Larceny in the Fourth Degree, both of which are felonies.

Handling the investigation and arrests for the Sheriff’s Office was Investigator Bradley Schneider of the Criminal Investigations Division with assistance from the Department of Social Services and the District Attorney’s Office.

County Court Judge Robert Wiggins ordered that Cassata be held at the Livingston County Jail on $25,000 cash or $50,000 bond on the original Grand Larceny in the Third Degree charge. 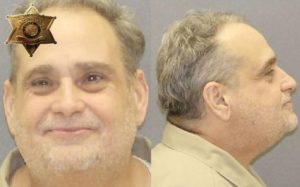