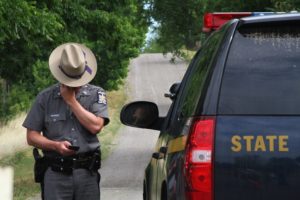 CALEDONIA – Police are seeking the public’s help in their investigation into a body found burning on the side of Lacey Road late Monday night.

“A call came in at about 10:50 p.m. that someone had found a fire on the side of the road that appeared to be a body,” said Allen. State Police are heading the investigation. “A homicide investigation is something that we are considering, yes.”

Two people believed to be anglers who were passing through the area saw a fire burning on the side of the road and called 911 at 10:53 p.m. Allen said that the fire was still burning at the time of the call.

The body is burned beyond recognition. Allen could not confirm whether any identifying clothing or belongings were recovered on or near the body.

Allen said that nothing they have learned links this crime to any others in the area.

Residents in Caledonia and Avon have received calls and alerts from the Sheriff’s Office through Hyper-Reach, a recently developed emergency communications system by the Sheriff’s 911 center.

Police are still combing the area for information and evidence. Anyone who believes they may have information about what happened on Lacey Road near Cameron Road from about 7 p.m. to 11 p.m. is urged to contact State Police at (585) 398-4100. Allen said that State Police are investigating information that a vehicle with a loud muffler may have been in the area.

Dougherty said that though the investigation is ongoing, he in confident that the public is safe.

“I can understand the public’s concern,” said Dougherty. “There are several patrols, both state and county, in the area that will be keeping everyone safe. I am confident that this will be an isolated incident.” 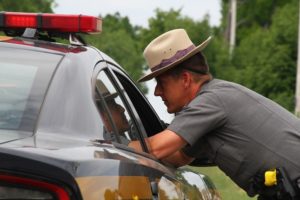 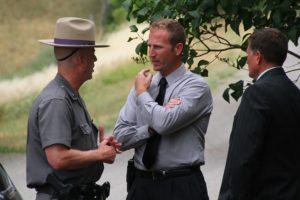 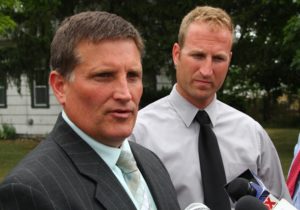