CONESUS – The Livingston County Sheriff’s Office is reaching out to the public for any information about a ‘hit-and-run boating incident’ on Conesus Lake on Saturday.

According to a press release from Livingston County Sheriff Thomas Dougherty, a boat left the scene after colliding with another boat in the area of Mark’s Leisure Time Marine at about 4:20 p.m. Saturday.

The suspect boat is described as a black fishing boat approximately 20 feet long, operated by a black male with two white female passengers.

Anyone with information about the boat or the subjects operating it is asked to contact the Sheriff’s Office at (585)243-7100 and to ask for the Marine Patrol. 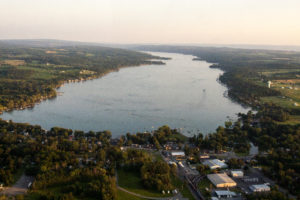