GENESEO – The Livingston County Sheriff’s Office arrested a Hemlock resident on felony charges for allegedly driving while heavily intoxicated after he was ‘behaving strangely.’

According to a press release from Livingston County Sheriff Thomas Dougherty, Daniel Cieri, 57, was arrested for two counts of felony DWI.

On July 19 at about 2:39 p.m., a citizen called 911 to report a man behaving strangely at the Burger King in the Village of Geneseo and to request that police to check to make sure he was OK. The Geneseo Police Department responded to the area for the report but the man reportedly left the area prior to their arrival eastbound on Rte. 20A. Sheriff’s Deputies began checking the area to assist the Geneseo Officers.

Deputy Brandan Flickner, who is assigned to the Sheriff’s Office STOP DWI Unit, was patrolling the Livonia area and observed a vehicle matching the description on Big Tree Road. The Deputy Sheriff conducted a traffic stop and began his roadside investigation.

The operator of the vehicle was identified as Cieri. Cieri performed standard field sobriety tests and was placed under arrest for Driving While Intoxicated.

A check of the New York State DMV records indicated that Cieri had a prior conviction for DWI in 2013, making this arrest a felony. Cieri was transported to Central Booking at the Livingston County Jail where he submitted to a breathalyzer test, the results being a .25 percent blood alcohol content.

Cieri was turned over to Central Booking Deputies at the Livingston County Jail for processing and pre-arraignment detention. The District Attorney’s Office recommended bail at $5,000 cash or $10,000 bond. 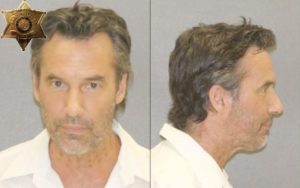