YORK – The Livingston County Sheriff’s Office used a 15-year-old’s phone to arrest a Webster resident on felony charges for allegedly trying to send indecent material to her.

According to a press release from Livingston County Sheriff Thomas Dougherty, Jason Korts, 41, was arrested on two counts of felony Attempted Disseminating Indecent Material to a Minor and one count of misdemeanor Endangering the Welfare of a Child.

It is alleged that Korts made contact with a 15-year-old girl living in Livingston County through ‘Whisper,’ an anonymous social networking app. The two apparently met with on Aug. 16 and that was when her parents contacted law enforcement.

From that point, the Sheriff’s Office says that their investigators took control of the phone with the app on it and continued conversation with Korts for several days. A meeting was set up for Aug. 23, where Korts thought he was going to return to Livingston County and meet again with thegirl. When he arrived in the Town of York, Sheriff’s investigators arrested him.

Korts was turned over to Central Booking Deputies at the Livingston County Jail where he is awaiting arraignment.

Follow-up on this case continues by the Criminal Investigations Division of the Sheriff’s Office and additional charges are possible. 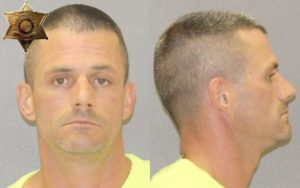