NUNDA Police believe that a Nunda man befriended a local woman and stole over $4,500 and a valuable ring from her.

On March 20, Sheriff Deputies responded to a complaint from a Nunda resident who reported that cash, a ring, and a debit card were missing from her house.

The investigation led to the arrest of Main, himself of Nunda.

It is alleged that Main befriended the female and over the course of several months, took money totaling over $4,500 and also stole a ring valued at over $1,200 and pawned it.

Handling the investigation were Sheriff’s Investigator Dan Rittenhouse of the Criminal Investigations Division and Deputy Brent Gibbs of the Road Patrol Division.

Main was turned over to Central Booking Deputies at the Livingston County Jail for processing and pre-arraignment detention. The District Attorney’s Office recommended bail be set at $5,000 cash or $10,000 bond.

He is scheduled to return to court at a later date to face the charges. 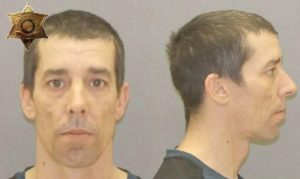