AVON – The Livingston County Sheriff’s Office released additional information on the man believed to have threatened and robbed the cashier at Dutch Hollow Market on Saturday.

According to a press release from Sheriff Thomas Dougherty, John Washburn III, 30, was arrested for Robbery in the First Degree, which is a high-level violent felony.

On Saturday, Feb. 3 at approximately 5:35 p.m., Deputies responded to the Dutch Hollow Market for the report of a robbery that had just occurred.

Members form the Sheriff’s Office Command Staff, Criminal Investigations Division, Road Patrol Division, and Forensic Identification Unit conducted the investigation at the scene which included the recovery of video surveillance of the suspect and vehicle used in the crime.

Members of the Criminal Investigations Division conducted the follow up investigation and on Feb. 6, the images of the robbery were released to the public to assist with identifying the suspect and vehicle. After numerous leads were followed up, the suspect was identified as Washburn.

On Feb. 7, Sheriff’s Investigators took Washburn into custody on Lexington Ave in Rochester.

Wasburn was turned over to Central Booking Deputies at the Livingston County Jail for processing and pre-arraignment detention. The District Attorney’s Office was contacted in regards to bail and advised Washburn will be held without the chance of bail due to having prior felony convictions in the state of Arizona. 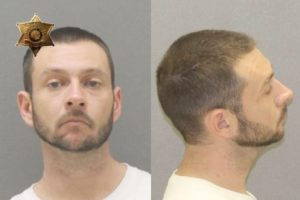