GENESEO – The Livingston County Sheriff’s Office arrested an inmate at the County Jail for allegedly possessing Suboxone on his person.

According to a press release from Sheriff Thomas Dougherty, Lorenzo Weipert, 23, was arrested for felony Promoting Prison Contraband in the First Degree and misdemeanor Criminal Possession of a Controlled Substance in the Seventh Degree.

While processing an intermittent (weekend) inmate into the jail, Deputy Laszlo Babocsi received information that one of the inmates was concealing contraband inside his person.

The inmate was placed in a holding cell for observation and after a short time he retrieved the contraband, Suboxone, which is considered a dangerous narcotic, from a body orifice and turned it over to deputies.

Geneseo Village Justice Thomas Bushnell arraigned Weipert and ordered him held at the Livingston County Jail on $1,500 cash or $3,000 bond. 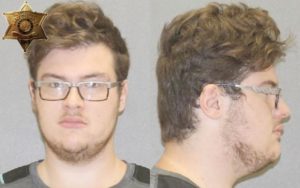