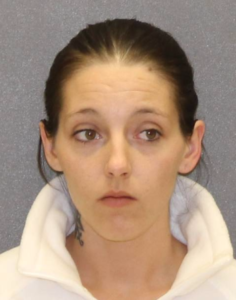 GENESEO – The Geneseo Police Department arrested a Dansville resident after she allegedly stuffed stolen toys into her child’s car seat at Walmart.

According to a press release from Geneseo Police Chief Eric Osganian, Ashley O’Connor, 23, was arrested for misdemeanor Petit Larceny, misdemeanor Endangering the Welfare of a Child, and misdemeanor Criminal Possession of a Controlled Substance in the Seventh Degree.

Police believe that Oconnor stole $71.50 of small toys by hiding them in the child’s car seat.

Police allegedly found Lyrica pills in her possession. According to Drugs.com, Lyrica is an anticonvulsant drug that is listed as a controlled substance.

Osganian said in the release that a referral was also made to Child Protective Services.