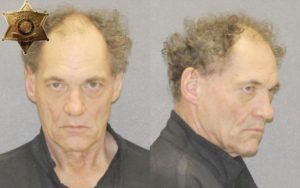 GROVELAND – The Livingston County Sheriff’s Office arrested a Mount Morris Man for allegedly carrying pills and marijuana in a vehicle in which he was found unconscious.

According to a press release from Livingston County Sheriff Thomas Dougherty, Thomas Predmore, 63, was arrested for misdemeanor Driving While Ability Impaired by Drugs and Unlawful Possession of Marijuana, a violation.

On Friday Dec. 2 at about 11:10 a.m., Deputies responded to Rte. 63 in the Town of Groveland to check on a person reportedly slumped over the wheel of a vehicle roadside. Deputy Mike Didas and Deputy Caleb Cutting arrived on scene and identified the operator of vehicle as Predmore.

Deputies discovered a number of pills and a quantity of what is believed to be marijuana inside the vehicle.

Livingston County EMS also responded to the scene and transported Predmore to Wyoming County Hospital for a medical evaluation due to his condition.

Sheriff’s Sergeant James Merrick, a certified drug recognition expert, responded to the hospital to conduct a drug evaluation on Predmore. Merrick alleges that Predmore was under the influence of cannabis and a narcotic analgesic and could not operate a vehicle safely.

Deputy Didas placed Predmore in custody after he was released from the hospital.