AVON – The Livingston County Sheriff’s Office arrested a driver for allegedly possessing Fentalyl after an employee at Quicklees reported that he was acting strangely.

On Aug. 18, Deputies were dispatched to the Quicklees Mart in East Avon to check the welfare of a man who appeared to be intoxicated. Prior to Deputies arriving, the man had got in his vehicle and began driving south on Rte. 15. Deputy Tim Sweeting and Deputy Brandan Flickner were able to locate the vehicle and initiated a traffic stop a short distance down the road from the store.

The driver of the vehicle, the driver, identified as Fowler, was allegedly exhibiting signs of being under the influence of drugs and a roadside DWAI Drug investigation was launched. Following the investigation, Fowler was placed under arrest.

A subsequent search of the vehicle also yielded the discovery of a hypodermic needle and seven small bags of a powdery substance that tested positive for Fentynal. These findings led to additional drug charges.

Fowler was then taken to the Sheriff’s Office Headquarters in Geneseo where Sheriff’s Sergeant James Merrick, who is a Certified Drug Recognition Expert, conducted an evaluation. The Sergeant alleges that Fowler was under the influence of a narcotic analgesic and a central nervous system stimulant and could not operate a vehicle safely. Fowler did also provide a urine sample as part of the DRE evaluation that will be sent to the lab for testing.

Fowler was turned over to Central Booking Deputies at the Livingston County Jail for processing and pre-arraignment detention. Avon Town Justice Michael Torregiano arraigned Fowler and ordered him released on his own recognizance, with no bail required.

Fowler will return to Avon Town Court to face the charges at a later date. 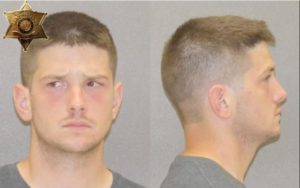