LIMA – The Livingston County Sheriff’s Office arrested an Avon resident for allegedly possessing Fentanyl and cocaine while asleep at the wheel of a running car.

On Sept. 2 at approximately 1:10 a.m., Deputy Connor Sanford, a member of the STOP DWI Unit, was patrolling in the Village of Lima when he observed a vehicle parked on the side of the road with the driver slumped over the steering wheel. The vehicle was running, with a turn signal and brake lights on. Deputy Sanford approached the vehicle to check on the driver and found him asleep at the wheel.

Deputy Sanford ‘immediately’ noticed the odor of marijuana coming from the vehicle and could see a bag of marijuana as well as smoking devices in plain view in the center console. When Warren exited the vehicle, it was discovered that he was also in possession of several hypodermic needles and numerous empty wax paper envelopes commonly used to package narcotics.

Sanford took Warren into custody. Further charges are pending the return of an exact weight of the cocaine from the Monroe County Public Safety Lab.

Warren was turned over to Central Booking Deputies at the Livingston County Jail for processing and pre-arraignment detention. 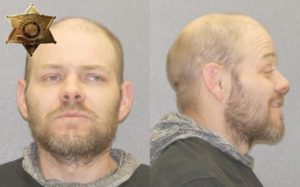