LIVONIA – The Livingston County Sheriff’s Office arrested a local woman on felony charges for allegedly stealing over $3,000 of jewelry and coins.

According to a press release from Sheriff Thomas Dougherty, Emma Gascon, 23, was arrested for felony Grand Larceny in the Third Degree.

A person contacted the Livingston County Sheriff’s Office on Feb. 19 to investigate a larceny from their home. Deputies responded and began their investigation into a stolen coin collection and jewelry.

This criminal charge means that Gascon is alleged to have taken the coin collection and jewelry without permission and with intent to permanently deprive their owner of them. However, there is no allegation that she broke into the home to do so.

The investigation was handled by the Livingston County Sheriff’s Office Road Patrol, assisted by the Criminal Investigations Division.

Gascon was arrested on March 9 and turned over to Central Booking Deputies at the Livingston County Jail for processing and pre-arraignment detention.

Livonia Town Justice Margaret Graf-Linsner arraigned Gascon on March 9 and ordered her held at the Livingston County Jail on $1,500 cash or $3,000 bond. The District Attorney’s Office recommended that bail be set at $2,500 cash or $5,000 bond. 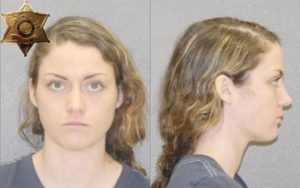