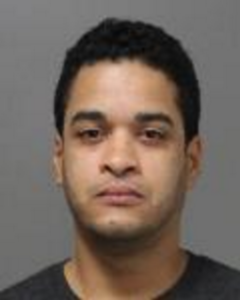 GROVELAND – New York State Police arrested a Levittown resident on misdemeanor charges on Monday for allegedly possessing 2.5 grams of cocaine and 8 grams of marijuana on I-390.

According to a press release from New York State Police, Wellington Gomez, 36, was arrested for misdemeanor Criminal Possession of a Controlled Substance in the Seventh Degree, misdemeanor Aggravated Unlicensed Operation in the Third Degree, Unlawful Possession of Marihuana, a violation, and traffic infractions.

On Aug. 8 at 2:47 p.m., State Police based in Geneseo stopped a Volkswagen Passat on 390 in the Town of Groveland, for allegedly speeding at 85 miles per hour in a 65 mile per hour zone.

A person is guilty of misdemeanor Criminal Possession of a Controlled Substance in the Seventh Degree whenever they possess a controlled substance without permission or authority.

A State Police Sergeant in Geneseo said that the charge could change later.

Gomez is scheduled to appear in Groveland Town Court at a later date.