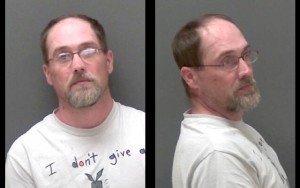 According to a press release from Sheriff Thomas Dougherty, Shannon Davidson, 39, was arrested for felony Grand Larceny in the Third Degree.

The Sheriff’s Office alleges that Davidson stole the tractor and sold it to a resident in Brockport.

The tractor has since been recovered by Deputies.

Davidson was found in North Carolina and taken into custody by the Lenoir County Sheriff’s Office based out of Kinston, North Carolina.

On March 29, West Sparta Justice Sue Mahany arraigned Davidson and remanded him to the Livingston County Jail on $5000 cash bail or $10,000 bond.