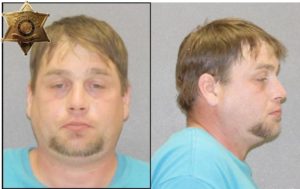 On July 22, 2016 at approximately 1:48 a.m., Deputy Shawn Whitford who is assigned to Operation Safe Interstate, did observe a vehicle and traffic law violation.

The Deputy Sheriff did stop the vehicle and met with the operator who was identified as Santini. During the course of the stop drug paraphernalia consistent with the use of heroin was located. A search of the vehicle was conducted and Santini was found to be in possession of heroin, crack cocaine, and a hypodermic needle.

Santini was placed in custody.

Santini was transported to Central Booking at the Livingston County Jail for processing and to be held for arraignment.

On July 22, Avon Town Justice Peter Piampiano arraigned Santini and remanded him to the Livingston County Jail on $1,000 cash or $3,000 bond.