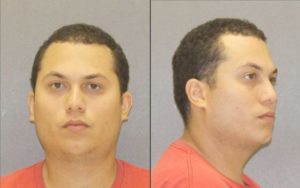 MOUNT MORRIS – The Livingston County Drug Task Force arrested a Mount Morris resident on Aug. 8 more than a year after an arrest warrant was issued for allegedly dealing cocaine in the Village.

The drug investigation alleges that Rodriguez-Gonzalez sold cocaine to another person in the Village of Mount Morris. The warrant was issued May 2015.

Dougherty said that anyone who believes that they know about drug activity in Livingston County can call Sheriff’s Investigator Wiedrick at (585) 243-7100. Callers can remain anonymous.

You can also pass information on the Sheriff’s online tip line here.