WEST SPARTA – The Livingston County Sheriff’s Office arrested a man on a felony charge for allegedly stealing a compound bow from a garage on Redmond Road.

According to a press release from Livingston County Sheriff Thomas Dougherty, Anthony Smith, 28, was arrested for felony Burglary in the Second Degree and misdemeanor Petit Larceny.

On Dec. 5 at approximately 6:10 p.m., the Sheriff’s Office responded to a residence on Redmond Rd. in West Sparta for a report of a burglary at an attached garage and the theft of a compound bow.

Police identified Smith as their possible suspect. The Sheriff’s Office says that by the end of the investigation, they recovered the stolen property, located Smith and arrested him.

Smith was turned over to Central Booking Deputies at the Livingston County Jail for processing and pre-arraignment detention.

West Sparta Town Justice Gene Moffat arraigned Smith and released him on his own recognizance. 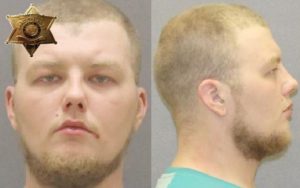