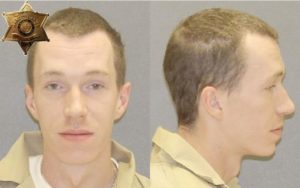 LIVINGSTON COUNTY – The Livingston County Sheriff’s Office arrested an inmate who is believed to have been hiding three types of narcotics in his cell.

According to a press release from Sheriff Thomas Dougherty, David Mark, 30, was arrested felony Promoting Prison Contraband in the First Degree and misdemeanor Criminal Possession of a Controlled Substance in the Seventh Degree.

On Dec. 23 at about 2:25 p.m., Deputy Donald Plank entered a cell in B Pod during a random cell search and found what he believed to be Suboxone, Xanax and Valium, all scheduled narcotics and controlled substances.

Deputies believe the drugs belonged to Mark, who was held in the jail on a NYS Parole Violation.

According to the New York State Department of Corrections and Community Supervision, Mark served nearly three years for a felony Criminal Possession of Stolen Property in the Fourth Degree and felony Attempted Forgery in the Second Degree which he committed in Livingston County.