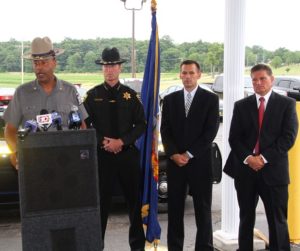 CALEDONIA – The Gates couple who were arrested Wednesday in connection to the July 4 murder and burning of Patrice Miller were not arrested at the Gates home they shared with Miller but at a nearly Motel Six.

“They wre apprehended at a Motel Six in Monroe County, so I think that’s where the motel information comes into place,” said Hanesworth. When asked if they were hiding out there, he responded, “That I don’t know.”

Because the investigation is still ongoing, Hanesworth did not provide further details on any relationship that the accused had with the victim, what the accused were allegedly doing in Livingston County or even where the alleged homicide took place.

“They were arrested and charged in Caledonia, it’s a Livingston County case,” said McCaffrey. “Because the body was found in our county, we are going to retain jurisdiction over the entire offense.”

Hanesworth did say that the daughter of Partice Miller, 64, contacted NYS Police after initial reports that a body had been found on fire in Caledonia.

“I don’t know if she was concerned that the body that was found was her mother’s, or if her mother was missing and she wasn’t able to get in contact with her,” said Hanesworth. “So I can’t say that as a result of her hearing this on the news that that’s why she called. I really believe that she just couldn’t get in contact with her mother and wanted us to help and see what we could do.”

The serial number on an artificial knee helped positively identify the body as Miller’s.

Hanesworth thanked the numerous members of law enforcement in both Livingston and Monroe counties who worked tirelessly on the case since Monday. NYS Police were assisted by the Livingston County Sheriff’s Office, Caledonia Police Department, and Gates Police Department.

“It really was just an outstanding job,” said Hanesworth. “All members of law enforcement worked tirelessly, tirelessly, running down various leads. We really received a lot of help from the public, as we were running down leads we had people calling in and giving us various information, we were able to piece together times and places and locations of activities that occurred. But it was an exhaustive effort, to go from an unidentified body to affecting arrests approximately 72 hours later just shows the hard work that the investigators put into this case.”

Both Ozkaynak and Neverett are incarcerated at the Livingston County Jail without bail, awaiting preliminary hearings. 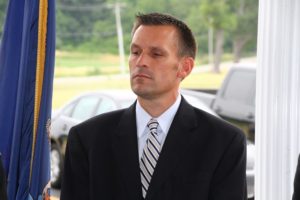 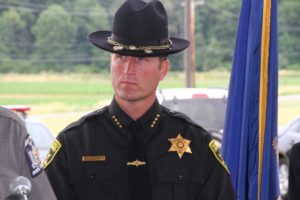 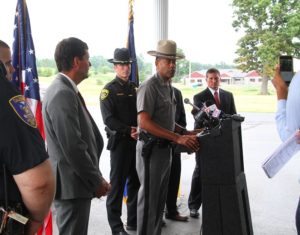 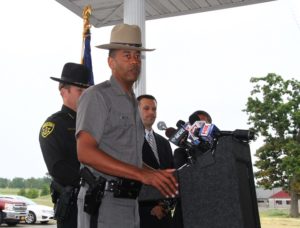