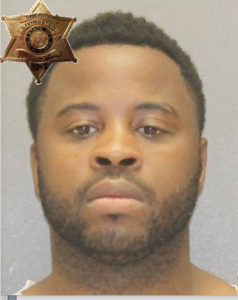 AVON – The Livingston County Sheriff’s Office arrested a Rochester man for allegedly driving with a suspended driver’s license and other vehicle and traffic violations.

On Aug. 11, Deputy Brandan Flickner was assigned to the Sheriff’s Office STOP DWI unit and pulled a car over for speeding on Interstate 390. The driver of the car was identified as McMath. A routine check of his driver’s license revealed that his driving privileges had been suspended 27 times.

It was also alleged that McMath had a warrant for his arrest out of Gates Town Court for similar charges.

McMath was transported to Central Booking at the Livingston County Jail for processing and pre-arraignment detention.

Avon Town Court Justice Torregiano arraigned McMath on Aug. 12 and ordered him held at the Livingston County Jail on $5,000 cash or $10,000 bond.