NUNDA – The Livingston County Sheriff’s Office arrested a local man on a felony charge for allegedly violating an order of protection.

According to a press release from Sheriff Thomas Dougherty, Kaleb Borgus, 23, was arrested for felony Criminal Contempt in the First Degree and Harassment in the Second Degree, a violation.

On May 2, 2017 a 21-year-old female reported to deputies that she and her ex-boyfriend were in a physical altercation the night before, while there was a court issued order of protection between the two.

Borgus was turned over to Central Booking Deputies at the Livingston County Jail for processing and pre-arraignment detention.

Nunda Town Justice James Mann arraigned Borgus. The District Attorney’s Office recommended bail be set at $2,500 cash or $5,000 bond. Mann released Borgus on his own recognizance, with no bail required. 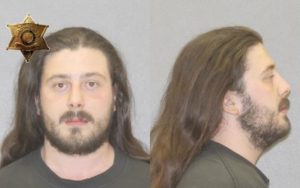