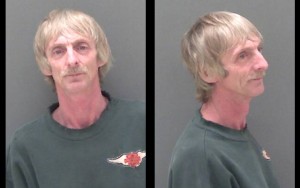 According to a press release from Livingston County Sheriff Thomas Dougherty, Raymond Radley, 50, was charged with felony Criminal Contempt in the First Degree.

On March 1, Sheriff’s Deputy Matthew Moran investigated numerous reported incidents of both direct and third-party contact between Radley and the protected party of an active order of protection.

While in the Town of Livonia Court for a scheduled court appearance, Radley allegedly both directly contacted the subject of the order of protection and had a third party convey numerous messages on his behalf.

Radley was arrested again and arraigned in Livonia Town Court before Justice Robert Lemen. He was remanded to the Livingston County Jail on $20,000 cash bail or $40,000 secured bond.

Radley was previously arrested for felony Criminal Contempt on Feb. 12 and Feb. 18 for the same conduct. Both times, the court set bail and Radley made bail and was released.

He is scheduled to appear back in Livonia Town Court at a later date.