LIVONIA — The Livingston County Sheriff’s Office arrested a Lakeville woman on felony charges for allegedly sending sexually explicit photos and videos to a 13-year-old and asking him to do the same.

“The partnership we have with the community is the most important relationship of all,” said Dougherty. “I thank the anonymous tipster for reporting this to us, which allowed us to intervene, investigate and make an arrest within hours. The best eyes and ears come from our residents and this is a great example.”

The Sheriff’s Office received the anonymous tip on March 3 through their website (www.livingstoncounty.us/sheriff) reporting that Wilson sent inappropriate pictures and sexually graphic videos of herself to a 13-year-old.

An investigation that day by Deputy Michael Wade and Deputy Morganne Harrington alleged that Wilson purchased a cell phone for a 13-year-old boy and had numerous conversations through that phone.

Sheriff’s Investigator Brad Schneider of the Sheriff’s Office Criminal Investigations Division joined the case to assist. The investigation further alleges that Wilson sent the boy inappropriate and explicit videos and pictures of herself and that she requested the same from the boy.

Dougherty said that Wilson cooperated with Deputies and her phone was seized as evidence.

Wilson was turned over to Central Booking Deputies at the Livingston County Jail for processing and pre-arraignment detention.

On March 3, Livonia Town Justice Robert Lemen arraigned Wilson and went along with the recommendation of the District Attorney’s Office to order her held at the Livingston County Jail on $5,000 cash or $10,000 bond.

The Sheriff’s Office reminds residents that the tip line is accessible at www.livingstoncounty.us/sheriff under the take action tab. The Sheriff’s Office phone number is (585)243-7100. Both forms of communication can and will allow you to remain anonymous. 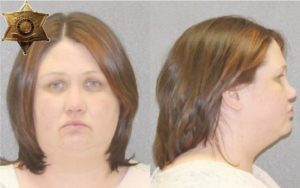 more from BIBLE UNIVERSITY - 6 days ago