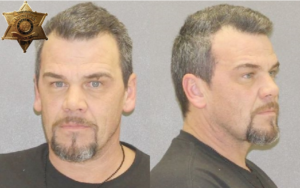 CALEDONIA – The Livingston County Sheriff’s Office arrested a Rochester man on Wednesday for fatally shooting another hunter on Nov. 27.

According to a press release from Sheriff Thomas Dougherty, John Lander, 50, was arrested for felony Criminally Negligent Homicide.

“We remind all hunters to remember safety first,” said Dougherty. “We do not call these accidents because these types of incidents are preventable by hunting safely and following the rules of mandatory hunter safety principles.”

On Nov. 27 at approximately 3:50 p.m., the Livingston County Emergency Communications Center (E-911) received a call of a hunter down due to a gunshot wound. The location given was in a field located well off of the 900 block of River Road.

The caller advised there had been five hunters hunting as a group when one of them shot Sharon Lander in the abdomen.

John Lander was taken into custody yesterday and turned over to Central Booking Deputies at the Livingston County Jail for processing and pre-arraignment detention.

Caledonia Town Justice Kyle MacKay arraigned Lander and ordered him held at the Livingston County Jail on $2,000 cash or $4,000 bond. The District Attorney’s Office recommended bail at $1,500 cash or $3,000 bond.