According to a press release from New York State Police Troop E Commander Major Richard Allen, Thomas Jacobs Jr., 39, is charged with felony Unlawful Manufacture of Methamphetamine in the Third Degree and Vehicle and Traffic Laws.

The arrest stemmed from an investigation into a domestic dispute that occurred at approximately 4:30 p.m. on March 17. Troopers assigned to the Wayland and North Hornell barracks were initially dispatched to a private residence on Oak Hill Road in the Town of Dansville and in conjunction with that investigation stopped a vehicle on Rte. 36, also in the Town of Dansville.

The operator of the vehicle, identified as Jacobs, had suspended driving privileges at the time. He was found to be in possession of meth lab equipment, precursors, chemical reagents, and/or solvents.

A Dansville Town Justice arraigned him and remanded to the Steuben County Jail without bail. He is scheduled to reappear in the Town of Dansville Court at a later date. 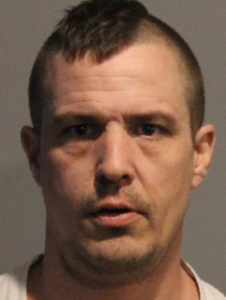