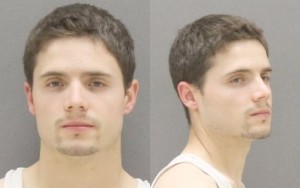 GROVELAND – The Livingston County Sheriff’s Office arrested a Groveland man on Monday for allegedly possessing cocaine and digital scales while on parole.

According to a press release from Livingston County Sheriff Thomas Dougherty, Anthony Andrews, 21, was arrested for a parole violation as well as felony Criminal Possession of a Controlled Substance in the Fifth Degree and Unlawful Possession of Marihuana, a violation.

On May 16 at approximately 9:06 p.m., Deputy Scott Patterson responded with New York State Parole Officer Wayne Poth to check Adams, who was residing on Maple Beach Road in the Town of Groveland.

During a search of the residence, items seized included marjuana and cocaine as well as digital scales.

Andrews was transported to Central Booking at the Livingston County Jail to be processed and held for arraignment. He is scheduled to be arraigned on Tuesday. Assistant District Attorney Justin Hill recommended that bail be set at $2,500 cash or $5,000 bond.