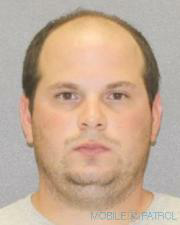 UPDATE: Arrested Cop: ‘I Was Framed’

LIVINGSTON COUNTY – The Livingston County Sheriff’s Office arrested a police officer with the Mount Morris Police Department who is a former Nunda Police Officer for a family dispute that occurred while he was off duty.

David Skinner, 29, is charged with misdemeanor Endangering the Welfare of a Child.

The Livingston County Sheriff’s Office investigated and filed the charges.

Skinner is a part time officer for the Villages of Mount Morris.