CALEDONIA A Livingston County Deputy Sheriff reports that they clocked a LeRoy man with two prior DWI convictions at 99 mph in the Town of Caledonia and alleges that he was intoxicated.

According to a press release from Livingston County Sheriff Thomas Dougherty, James Riechel, 41, was arrested for felony Driving While Intoxicated and numerous vehicle and traffic law violations.

On Feb. 20 at about 1:20 p.m., Deputy Stephanie Schroeder was patrolling the area of Rte. 5 near Brown Road in Caledonia when she clocked a vehicle on RADAR at 99 miles per hour in the 55 miles per hour zone.

The operator identified himself as Riechel. During the roadside interview, the Deputy Sheriff did suspect alcohol involvement, prompting a roadside DWI investigation. Following the investigation Riechel was taken into custody for Driving While Intoxicated, at which point he decided to refuse the breath test.

A record check of Riechel showed that he has two previous DWI convictions within the last 10 years, making this arrest a felony. Riechel was also required to use an interlock device on any vehicle he operated, which he was not.

Riechel was turned over to Central Booking Deputies at the Livingston County Jail for processing and pre-arraignment detention. Riechel was to be held without bail due to his prior felony convictions.

Riechel was arraigned in Caledonia Town Court on February 21st before Judge Kyle McKay. The Judge did remand Riechel to the custody of the Sheriff without the possibility of bail. Riechel will be held until further court proceedings. 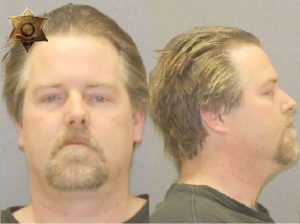