LIVINGSTON COUNTY – Contested races seem to be on in more than half of the 14 Livingston County towns to send in unofficial caucus results so far.

The Livingston County Board of Elections reminds the public that caucus results will not be certified until late September and might change before then.

“There will be caucuses through September 19 and candidates can decline until September 22,” said David DiPasquale, Democratic Commissioner for the Board of Elections. “We’re receiving petitions for independent lines constantly and we’ve already had one declination, out of Springwater for Town Council. These names can change at any time and we won’t really know what the ballots look like until the end of September.”

In Lima, Michael Falk (C) and Colleen Allen (R) are running for Town Supervisor. That seat was held by incumbent Supervisor Peter Yendell for 16 years. He says that he will retire at the end of this term.

In York, two Town Council seats are sought by incumbents Lynn Parnell (D, R) and Norman Gates (D, R), who are challenged by Dustin Geiger on the FTP line. 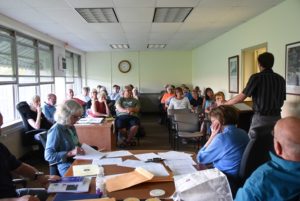