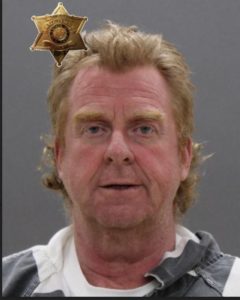 On April 9, 2021 at approximately 5:30pm, Sheriff’s Deputies responded to the area of West Lake  Road in Geneseo for the civilian report of an individual that left a business and was believed to be  operating a motor vehicle in an intoxicated condition.

The vehicle was located a short time later and the operator of the vehicle was identified as Burt T.  Lyon Jr, age 56 from Conesus, NY. During the stop, the Deputy Sheriff suspected that Lyon was  under the influence of alcohol. Deputy Michael Phillips, who is assigned to the STOP DWI Unit, did  respond to conduct a DWI investigation which included the performance of standardized field sobriety  tests. At the conclusion of the roadside investigation, Lyon was taken into custody for DWI.

Lyon was then transported to the Sheriff’s Office Headquarters in Geneseo where he was offered a  breathalyzer to determine his blood alcohol content (BAC) however, Lyon refused to take the test.

Lyon was arrested and charged with felony Driving While Intoxicated and felony Aggravated  Unlicensed Operation of a Motor Vehicle in the 1st Degree.

Lyon was turned over to Central Booking Deputies at the Livingston County Jail for processing and  pre-arraignment detention. The District Attorney’s Office was contacted in regards to bail due to the  felony level charges. It was recommended that Lyon be held without the possibility of bail due to  having five prior felony convictions.

Lyon was later arraigned at the Livingston County Centralized Arraignment Part (LC-CAP) at the  Livingston County Jail before Town of Avon Justice David Hoffman. The Judge did remand Lyon to  the custody of the Sheriff without the possibility of bail.

Assisting with the investigation for the Sheriff’s Office were Sergeant Matthew Thomas and Deputy  Justin Hilt.