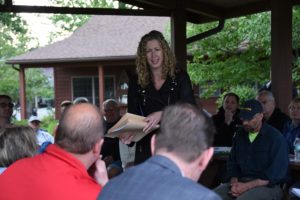 LIVONIA – The man who owns the four rental properties which are the heart of community outcry on Pebble Beach Road says that he is being unfairly singled out by angry neighbors.

John McCoy, owner of four houses in the 3500 block of Pebble Beach, said at Livonia’s Town Board meeting Thursday night that he bought his first house on Pebble Beach 11 years ago and moved to the road in 2016 ‘to take care of his neighbors and community.’ The neighbors, some of whom are the progeny of generations who have grown up on this road in some of Livingston County’s prime lakefront real estate, say that his weekly rental properties are at best ruining the community and at worst violating town code.

“I feel discriminated against, that my rights are being stepped on,” said McCoy. “I’m definitely not the only one renting on Pebble Beach. I’m working two jobs [at General Motors in Rochester and maintaining these rental properties] to put my two kids through college. Look at 3532 Pebble Beach. A white house. They have four cars and a boat that they park in my vacant lot. Now people see that and think I’m doing it, that that’s my tenants parking there. But it’s not.”

The neighbors have a different take. Kati Dougherty, daughter of Pebble Beach residents Pete and Barb Dougherty, expressed deep concerns and presented the Town Board with a letter expressing their family and neighbors’ interpretation that the rentals constitute a code violation. About eight others took the floor to state concerns about McCoy’s tenants. Common concerns were threats to public safety, excessive noise from late night parties, congested parking and exposure of small children to vulgar language.

“When I moved into this house, we were a neighborhood, you knew the neighbors and you knew whose kids were whose, whose car was supposed to be there, whose dog was supposed to be there, and when and why they were supposed to be there. Well, that’s certainly not the case anymore,” said Dave Pietrowski, who says that in 1959 his family bought the cottage that is now his summer home. “I’d also like to say that John’s a nice guy. And we like you as a person. But the fabric, we no longer have a neighborhood. We live in a boarding house community today. When you spend $2,000 plus a week to rent a house, it’s spring break. And it’s spring break every day. If I lived in Rochester and I rented a house down here, I’d bring my neighbors down. And the next day another group of people comes in, and another group of people, and another. And it happens for 12 straight weeks. You don’t know whose dog is in your yard. You don’t know whose car is in your yard. You don’t know whose kids are in your yard. […] I would ask everyone here, how many of you would buy a house that was next door to five rentals? Nobody. I bought a house that was in a residential neighborhood. It’s no longer a residential neighborhood.”

“I live at 3521 Pebble Beach Road, formerly 54 Pebble Beach, that’s how long we’ve been there, we used to be numbered differently,” said Laurie Fuller. “Five generations of my family have enjoyed my home that I’m now in, including my three grandchildren who come to visit. I have to just echo what others have said. Safety issues are a huge concern. The cars just streaming down the street, the noise is a huge problem. I live two houses north of the first rental property and I have to close my windows at night. I just think that’s unfair. I work a 50 to 60 hour a week job. I commute from Buffalo for my job and when I come here on the weekend I want to be able to enjoy my home. And I want to relax. And I need to relax. And there’s been occasions where I’ve pulled up in front of my property and I’ve had a car sitting there, a foreign car, blocking my sidewalk. And when I unpack all my goods and I’m walking into my home, I have to actually go around the car to get onto my own sidewalk that leads to my home. And that’s not fair either. So I just want to echo that the flavor of the neighborhood has changed so much. It’s so sad to see because we were a community that looked out for each other before, and now I feel like we’re always in reactive mode. And I’d like to see a change. I think the answer is just limiting the people. I found it amazing that with 38 parking spaces available that someone had to park five houses down, in front of my home. That speaks for itself I think.”

In addressing the nearly 50 members of the public at Thursday’s meeting, McCoy maintained that there are other rental properties on Pebble Beach and he and his tenants are being unfairly criticized.

“I just feel like I’m being targeted here but there’s other rentals on Pebble Beach and it seems to be a John McCoy thing right now,” said McCoy. “I’m just speaking up for myself.”

Attendees at the meeting replied that other rental properties on Pebble Beach and on the lake in general rent year-round to single occupants, or to a small number of occupants for months at a time, rather than posting properties for rent on Air B&B and turning over tenants every week during the summer.

“Well then what about their spillover into my vacant lot?” responded McCoy.

After some back and forth, Livonia Town Supervisor Eric Gott stepped in to remind the public of some ground rules.

“We’re not going to debate each other here tonight,” said Gott. “That’s for sure.”

“It’s difficult to be in this position right here,” said McCoy. “I moved here to control my properties and the people that are in them. I’m 85 percent re-books. Some people aren’t perfect. I don’t let them come back. If they upset my neighbors, if they upset the neighborhood, I don’t need them. I don’t let them back. I’m here for the long term. In the 11 years I’ve been here, I’ve been here a long time, I’ve had zero written violations for my guests. I’ve addressed concerns, I’ve reached out to my neighbors and asked for feedback. I’ve refused guests to return who were disrespectful over the 11 years.”

McCoy said that he and his teenage son have moved into 3527 Pebble Beach and intend to offer it as a rental property for six weeks this summer. He shared his cell phone number, (716)548-0158, for anyone with more concerns to contact him directly.

“I like this place,” said McCoy. “I like the neighbors, they’ve said it’s nothing personal. I want to take care of my residents and take care of the neighbors. I have personal responsibility, I work very hard on my properties, I am hands-on. Please call me. I will not let you down. […] I want people to work together. That’s why I moved here.”

As far as the Town of Livonia making any legal changes in response to this situation, board members said that policy changes necessarily happen slowly and that the Board certainly cannot commit to creating and passing new local laws to address this by the summer. Gott said that the Town will prioritize policy updates to address the public’s concerns. 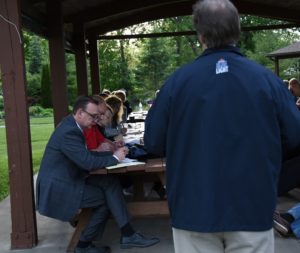 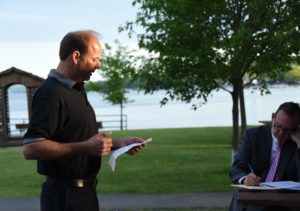 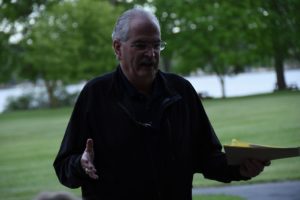 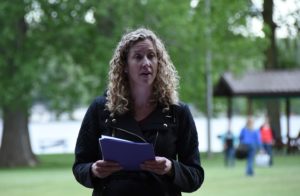