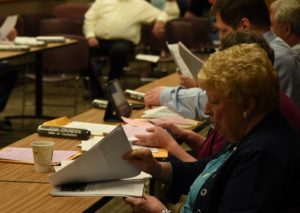 LIVINGSTON COUNTY – The Livingston County Planning Board recommends that the Town of Conesus disapprove one of the Town’s fiercely controversial proposed changes to their Zoning Code and found the other proposed change to have no county-wide impact at their meeting Thursday night.

A public comment session stretched over two hours, with some speakers coming up twice to address the Planning Board. Town representatives insisted that there is nothing illegal about the Myers Inn construction as it currently stands and that the expedited zoning changes are not designed to undermine the neighbors’ legal arguments in court. Those neighbors insisted that the Town’s proposition to update the definition of ‘legacy business’ and extend the allowable period of inactivity for a stalled business to reopen from one year to five is an obvious attempt to get construction going again on the court-halted project, which they say is not being built to locally approved specifications and severely damages their property values and the character of the lake.

“I personally think that the proposed definition of ‘a business that existed before zoning was adopted in the Town’ is very vague,” said Planning Board member Karen Roffe. She made a motion to recommend that the Town disapprove of adopting the definition change as it is written. “It would be hard to defend in court. Personally, I think the original definition works better, it’s more specific and it does have a few guidelines, like [a business] has to stay in operation. My take on it from a Town’s perspective, is that the original definition of ‘legacy business,’ I feel, is more appropriate.”

Specifically, the County Planning Board’s staff report advises that the Town, among other things, should consider how to handle the potential consequences of their proposed redefinition because the proposed new language would allow any currently closed business that operated before 1960 to reopen and expand without limits, and also opens the door for homeowners who have been renting their homes since before 1960 to expand their homes without limit. The Planning Board also recommended that the Town clarify whether ‘legacy businesses,’ being those in operation before 1960, would be able to expand beyond their existing parcel.

The Planning Board found that the Town’s proposition to extend the maximum period of inactivity for a business wishing to reopen under the same use from one year to five does not have county-wide impact. This means that the proposition to do this goes back to the Town for consideration with no formal recommendation from the County Planning Board.

The construction project is currently halted and is the subject of a lawsuit in New York State Supreme Court by the neighbors against the Town for allegedly allowing Myers Enterprises to build a structure that is much larger than what was locally approved, which is allegedly to get a large business on the Town tax rolls.

Six members of the public, including the neighbors to the Myers Inn and former Conesus Planning Board Chair John Baldwin, spoke against the project and the proposed changes. Besides re-iterating their belief that the project is illegal and damages the quaint rural character of the lake, which they say a direct contradiction of the Town’s Comprehensive Plan, the neighbors said that they just want the law suit and bitterness to end.

“I would just like to implore the Town of Conesus that if this has nothing to do with the current litigation, has nothing to do with the Myers Inn, then why not table it, wait until the litigation is finished and then address it,” said Trish Bruckel, neighbor to the project. “And then we will all know, we will all take your word, we will all take our own word, and then it’ll be done. And then do what you have to do to fix whatever you want to fix. And we can all feel better and we can all get along. That’s all we ask. We just want to get along. We just want to live in our homes and want this over.”

“The change in the zoning law that is being proposed by the Town of Conesus is clearly pointed at the Myers Inn,” said Sally Hirth, neighbor to the project. Upon taking the floor and being recognized a second time, she said, “If the Town truly had no intent on this having any effect or anything to do with our current law suit, they would table this because this law suit is not going to go on forever, or for years. If their true intent is that it has nothing to do with that, they would table it.”

Conesus Town Supervisor Brenda Donohue, Deputy Conesus Town Supervisor Tim Beardslee and Magill re-iterated that the changes have nothing to do with pushing the Myers Inn project through and is in the best interests of the Town residents and five longtime businesses that might want to expand: the Inn, two marinas and two campgrounds.

“The community needs to be whole, period. It’s all good people. There are no bad people here,” said Beardslee. “Mr. Myers used a lot of extra funds to build a new foundation for that building. Carl Myers is a philanthropist. The Inn is like a donation. It’s a gift. This is not a normal commercial endeavor. Mr. Myers is trying to build something that benefits the community he loves.”

The proposed zoning code changes will soon go back to the Conesus Town Board for final consideration. The Town Board does not have to agree with the County Planning Board’s recommendation and can simply pass the proposed changes as written. However, Magill said that they plan to review and clarify the language to eliminate some of the Planning Board’s concerns about ambiguity and vagueness.

Still, the neighbors to the project wanted to state for the record their feelings that the Conesus Town Board will ultimately pass these changes intending to free the inn construction of its legal snags.

“I just want to say in a quote that as we were leaving, after the meeting was over, I heard Tim Beardslee say that they will vote this through anyway,” said Tom Bruckel. 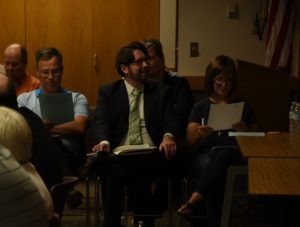 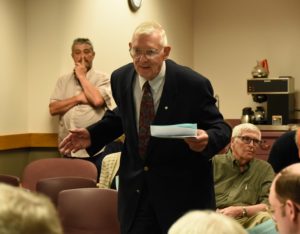 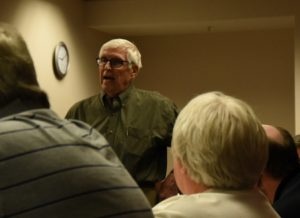 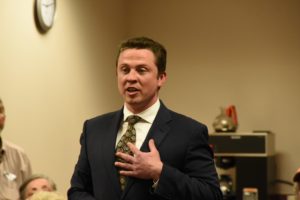 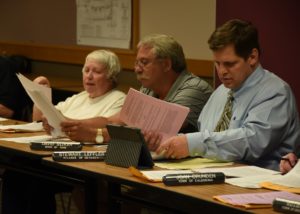 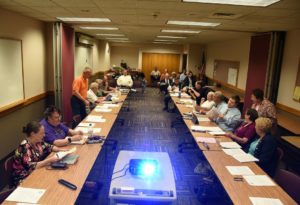