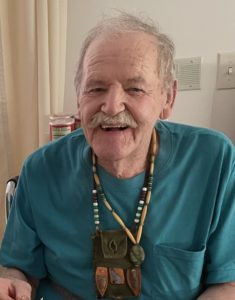 At age 80, Douglas M. Henderson of Conesus, NY passed away peacefully on June 23, 2021 at Noyes Memorial Hospital after a brief illness.  Doug is predeceased by his parents Arthur and Elizabeth Henderson and his grandson Alexander Henderson.

Doug was an avid study of Native American History and Culture.  He spent his time “Point Hunting”, walking freshly plowed fields for Native American Arrowheads, as well as other tools used.  Doug had an eye for finding these precious and amazing artifacts.  He also had spent time sharing his knowledge of local Native American Life with classrooms and those who were interested.

A Graveside Service, with military honors, will be held at 11am on Thursday, July 1st, at Arnold Cemetery, Elm Street, Conesus, NY.  In lieu of flowers memorial contributions may be made in his memory to the Veterans Outreach Center, 447 South Ave., Rochester, NY 14620 or to the Ronald McDonald House, 323 Westmoreland Drive, Rochester, NY 14620.  To send a condolence or share a memory please visit:  www.doughertyfuneralhomes.com