CONESUS – The Livingston County Sheriff’s Office rearrested a low-risk sex offender for allegedly having sexual contact with a young child.

According to a press release from Sheriff Thomas Dougherty, Derek Getman, 27, was arrested for Predatory Sexual Assault Against a Child, which is one of the most serious felonies in the state penal law, and Endangering the Welfare of a Child, which is a misdemeanor.

It is alleged that Getman had sexual contact with a 7-year-old child.

On Dec. 25, the Sheriff’s Office was contacted regarding allegations of a child sex offense and subsequently Deputies responded to an address in the Town of West Sparta to investigate.

Several members of the Sheriff’s Office Road Patrol Division, Criminal Investigations and Command Staff were involved with the investigation. The investigation was coordinated with Child Protective Services and the District Attorney’s Office.

On Dec. 29, the Sheriff’s Office arrested Getman as the suspect.

Getman was turned over to Central Booking Deputies at the Livingston County Jail for processing and pre-arraignment detention.

Getman has previous convictions for Criminal Contempt and Attempting to Promote Sexual Performances by a child less then 17 years of age. The District Attorney’s Office recommended that Getman be held without the chance of bail.

He will appear again in court at a later date. 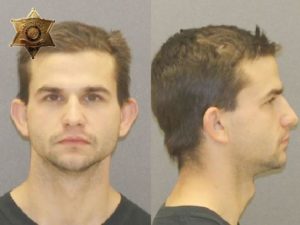