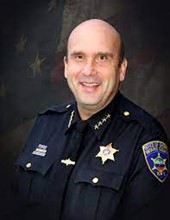 On Thursday, Sept. 9, the Ontario County Board of Supervisors appointed a committee to investigate Democrat  Ontario County Sheriff Kevin Henderson/ The committee will have subpoena powers and will be able to peruse documents and other relevant materials in the investigation,

The group will be investigating Henderson, and will report back to the Ontario County Board of Supervisors at a later date. Undersheriff David J. Frasca has resigned so the focus will be on Henderson.

Henderson was asked for his resignation by chairman of the Board of Supervisors Jack Marren, but has refused to resign, saying he welcomes the investigation, which he feels is politically motivated.

Henderson has been with the department for 38 years, and is in his first term as sheriff.  Anonymous allegations were made to a “tipline” that he has made homophobic and sexist remarks in the workplace and/or has allowed others to do so without disciplining them. Henderson also suspended two corrections officers at the Ontario County Jail  for inappropriate behavior, which had been alleged before Henderson took office and was ongoing under his administration; some felt he did not act quickly enough to suspend them when their activities became widely known, and were under investigation by Monroe County prosecutor Sandra Doorley.