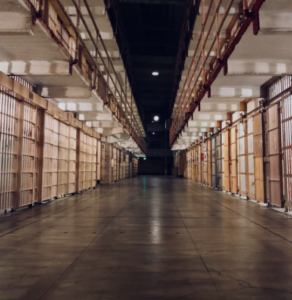 Two men were sentenced today to 44 months in prison for assaulting law enforcement officers during the breach of the U.S. Capitol on Jan. 6, 2021, which disrupted a joint session of the U.S. Congress that was in the process of ascertaining and counting the electoral votes related to the presidential election.

According to court documents, on Jan. 2, 2021, Mault and Mattice began texting about plans to travel from New York to Washington. On Jan. 3, Mault texted Mattice to say that he had bought Mattice pepper spray and a baton. Mattice then said he had a high-powered fire extinguisher that they could keep in their vehicle to repel crowds, if necessary. On Jan. 5, Mault texted Mattice and several others, suggesting that the others bring batons, pepper spray, helmets, eye protection and “asskicking boots.”

Before marching to the Capitol on Jan. 6, Mattice recorded himself blocks away, saying, “It’s about to be nuts.” According to court documents, both men arrived on the Capitol grounds and joined others in advancing to the police perimeter at the West Plaza. Shortly before the police line was breached, Mault attempted to convince officers to stand down and join with the mob. At approximately 2:30 p.m., Mattice pulled down a segment of the metal barricades that stood in front of a police line. He quickly grabbed it with both hands, pulling it away from officers and onto the ground. A short time later, rioters overwhelmed the police line, forcing officers to retreat up a central staircase to the Lower West Terrace. Mattice and Mault were part of the group that assaulted the police line. They stood at or near the front of the group, pushing forward against the officers, who attempted to keep the rioters from advancing.

At approximately 4 p.m., Mattice and Mault approached the tunnel leading into the Capitol Building from the Lower West Terrace. They attempted to push through the crowd and climbed up and body-surfed over other rioters. After reaching the tunnel, they grabbed onto and hung from the wooden frame surrounding the arch. Mattice reached out to another rioter and grabbed a small object appearing to be a canister. He then sprayed chemical spray at police officers. After doing so, Mattice fell back and into the crowd. Mault likewise obtained a small canister containing chemical spray from another member of the crowd, and he, too, sprayed it at officers defending the tunnel. Mault also got a second canister from the crowd and provided it to another rioter.

Mattice was arrested on Oct. 7, 2021, in Hilton, New York. Mault, who now resides in Fayetteville, North Carolina, was arrested the same day in Fort Bragg, North Carolina. Both pleaded guilty on April 22, 2022, to assaulting, resisting, or impeding officers. Following their prison terms, each will be placed on three years of supervised release. They also must pay $2,000 each in restitution.

In the 18 months since Jan. 6, 2021, more than 850 individuals have been arrested in nearly all 50 states for crimes related to the breach of the U.S. Capitol, including over 260 individuals charged with assaulting or impeding law enforcement. The investigation remains ongoing.