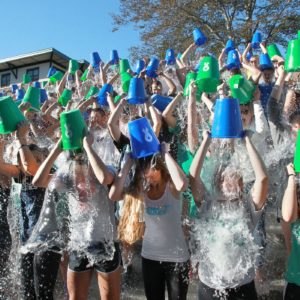 The challenge, where thousands of people preformed the simple, somewhat uncomfortable act of pouring a bucket of ice water over their head, is credited with raising over $220 million for the ALS’ medical research projects.

The ALS Association credited Quinn on Sunday with helping popularise “the greatest social media campaign in history”, adding: “The Ice Bucket challenge dramatically accelerated the fight against ALS, leading to new research discoveries, expansion of care for people with ALS, and greater investment by the government in ALS research.”