GENESEO – A Rochester man is behind bars charged with five serious crimes, all alleged to have occurred in the Village of Geneseo since the summer.

“Our partnerships with Kevin Niedermaier and the Geneseo Fire Department helped put this case together,” said Osganian. “Mr. Large has been in and out of the Village and we wanted to talk to him one more time, so the investigation continued for a few months.”

It is first alleged that from June to August 2017, Large falsely completed employee checks in order to steal money. Over that time, he is alleged to have stolen $7,376.

Then, from July to September, he is alleged to have made a false entry in a business’ payroll system, giving himself an unauthorized $200 increase to his payroll per week.

Then, in August, police believe that Large intentionally lit the passenger’s side compartment of a leased vehicle on fire in a parking lot off Bank Street, which resulted in the vehicle being a total loss, and filed a false insurance claim to that leased vehicle.

Geneseo Village Justice Thomas Bushnell arraigned Large and ordered him held at the Livingston County Jail on $7,500 cash or $15,000 bond. 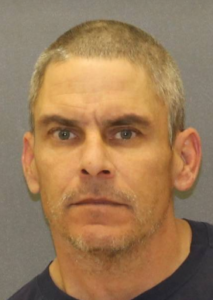