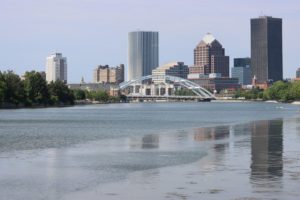 Today, the City Council viewed the body worn camera footage from the October 6 attempted armed robbery at the Family Dollar on West Main Street. We would like to start by offering our condolences to the family members and loved ones of the deceased, Simran S. Gordon. Chair of Public Safety and the Roc Against Gun Violence Coalition, President Lightfoot said, “I will continue to pray and work toward a Rochester where our citizens do not resort to such violent acts, and where no lives are lost as a result of gun violence.”

Nevertheless, the officers involved in this incident upheld their duty to protect innocent bystanders and kept the customers and employees safe from harm, and we must commend them for that. The bravery of the staff who called 911 and the heroic acts of the responding officers saved any additional lives from being lost. We encourage anyone impacted by the trauma of this incident to seek support by calling 211, or by talking to a trusted family member, loved one, or professional.

While we often focus on the complexity of police-community relations and the need for reform in our public safety system, we also need to acknowledge the difficult nature of a police officer’s job and their willingness to step into the line of fire to protect citizens.