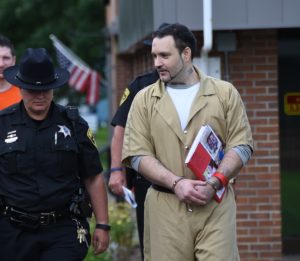 LIVINGSTON COUNTY – A man is going to prison for giving cigarettes packed with cocaine to another person.

Nicholas Finch, 38, pled guilty Tuesday morning to felony Criminal Possession of a Controlled Substance in the Third Degree and agreed to serve 3 years in prison and 3 years on parole.

“I apologize for my actions,” said Finch at sentencing. “I have had a lifelong struggle with drugs and alcohol. I appreciate that the court is giving me the chance to get the treatment I need. I hope that the court never has to see me again.”

Finch admitted that on Dec. 26, 2016, he possessed a pack of cigarettes that ‘had cocaine in them’ and gave them to another person. The Dansville Police Department arrested him as part of the Livingston County Drug Task Force.

Finch was represented in this case by attorney Jack Sanchez.

“Mr. Finch has had a lifelong history of drug abuse,” said Sanchez. “He’s present today with his mother and wife. He has a small child who he has been seeing regularly. He is looking forward to moving on with his life once he gets treatment.” 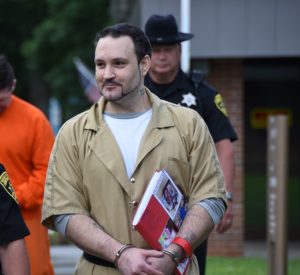