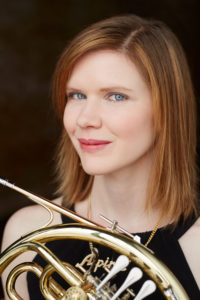 ChamberFest Canandaigua is moving ahead with its summer music festival with a series of free online concerts that will open between July 17 and 26.

The series consists of four main concerts, a Classical Blue Jeans event and the Children’s Concert. Each will be recorded then broadcast online with links on the website at ChamberFestCanandaigua.com.

Each concert will be released on a specific day and time to allow for watch parties and live pre-concert chats with the artists and live post-concert receptions with artistic directors Kevin Kumar and Amy Sue Barston.

“We are committed to bringing music to the community and ensuring the spirit of our festival remains strong and vibrant,” said Barston.

“We hope the live elements of our series help maintain our connections with our supporters and fans in the Canandaigua area,” said Kumar.

Here is the lineup:

Friday,July 17, 7:15 p.m.: Canadian Pianist Audrey Andrist will perform selections by Beethoven, Bach, and Gershwin from a concert hall in Baltimore. Andrist grew up on a farm in Saskatchewan traveling three hours one-way for piano lessons. She holds a doctoral degree from the Juilliard School and has performed at the Kennedy Center in Washington, D.C., Alice Tully Hall in New York and many other venues.

Sunday,July 19, 7:15 p.m.: Bassoonist Brad Balliett and French horn player Laura Weiner will perform solos and duets. Balliett, a faculty member at the Peabody Institute and the Juilliard School, leads workshops in prisons, schools, hospitals, and homeless shelters around the country. Weiner is an alumnus of Ensemble Connect, a fellowship program of Carnegie Hall and the Juilliard School, and teaches at the Longy School of Music of Bard College.

Thursday, July 23, 11 a.m.: Teen cellist Katina Pantazopoulos will host and perform in the annual Children’s Concert and introduce another phenomenal cellist who is just 6 years old.
Friday, July 24, 7:15 p.m.: Clarinetist Moran Katz gives a solo recital, guiding the audience through the characteristics of the instruments in the clarinet and recorder families. She has won first prize at clarinet competitions in Germany, China and the U.S. and performed at festivals around the world and with orchestras such as the Israel Philharmonic Orchestra, China Philharmonic and Houston Symphony.

Sunday, July 26, 7:15 p.m.: Violinist Kevin Kumar, cellist Amy Sue Barston, and violist Meredith Crawford present a wide variety of music, including solos, duos, and virtual collaborations, with a festive ending. Kumar has performed in ensembles and festivals throughout the United States, Europe, and Central America and participated in radio and television broadcasts, including primetime major network shows. Barston performs as a soloist worldwide and gives master classes in addition to teaching students at the Julliard School. Crawford is the principal viola with the Pacific Symphony, has been performing with the Los Angeles Philharmonic since 2010, and more recently withthe Riverside Philharmonic, also as principal viola.

ChamberFest Canandaigua, formerly the Canandaigua Lake Music Festival, has been a summer tradition since 2004. Its mission is to engage new audiences for classical music and introduce music to a new generation of audiences. The 2020 concerts will remain available online so people can continue to watch them.

In the weeks leading up to the festival, ChamberFest Canandaigua will send out an email newsletter, including video performances and friendly introductions from several of its 2020 artists. Sign up for the newsletter by submitting an email address at the bottom of the homepage at ChamberFestCanandaigua.com.

The festival welcomes donations on its website. Those interested in becoming a festival sponsor can email to Director@ChamberFestCanandaigua.com. 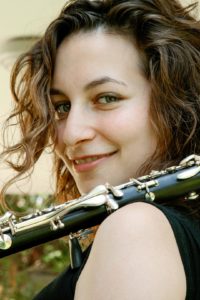