LIVONIA – Exceptionally heavy July 3 traffic on Big Tree Road (Rte. 20A) Monday was due to a three-vehicle accident in the afternoon.

Ambulance crews offered to check everyone involved, including an infant. One person suffered head and back pain.

Firefighters with the Lakeville Fire Department coordinated traffic in the area, which was already heavy in anticipation of the annual Ring of Fire.

Multiple Livonia Ambulances responded to the scene. The Livingston County Sheriff’s Office investigated and do not anticipate any criminal charges. 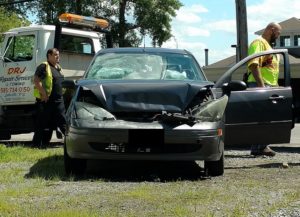