CALEDONIA— The Caledonia-Mumford Red Raiders defeated the LeRoy Knights earlier today by a score of 8-6. “It was a good team win,” said Red Raiders pitcher Brady Sass. “We got to 5-0 in the league, got 2 games up on LeRoy, and now we are 11-1 on the year, so far.” Sass finished pitching in the fifth inning, allowing seven hits, two walks, and one run. He finished with a total of 11 strikeouts, three coming in the first inning. LeRoy scored … END_OF_DOCUMENT_TOKEN_TO_BE_REPLACED

LAKEVILLE —  On Tuesday, several groups of people fishing were spotted at Conesus Lake between Vitale Park and the North Shore Grill.Sitting next to fishermen Dave Haddad, of Livonia, and Charlie Mosher, of Lakeville, were several buckets filled with their catch of the day, bullhead catfish."We caught mostly bullheads today, but we also got four big carp. Night crawlers and leeches [used as bait] tend to do that," said Haddad.While fish such … END_OF_DOCUMENT_TOKEN_TO_BE_REPLACED

LIVONIA—This year is the fifth annual Little Lakes Triathlon, taking place Sunday, May 19 at Livonia Central School. The triathlon is open to students grades 3-8 in Livingston County and the surrounding areas. This event is to raise awareness about childhood obesity and to promote a healthier lifestyle for kids. “There are a lot of kids who do not play sports because they are not good at them,” said Terry McCarron, a representative for … END_OF_DOCUMENT_TOKEN_TO_BE_REPLACED

LAKEVILLE — Wednesday the North Shore Grill reopened and welcomed its new Executive Chef and General Manager, Trey Yager.Yager was found as a result of an executive search for a talented professional to take the North Shore Grill to the next level. He moved from Naples, Florida to be part of the North Shore Grill team.Owner Matt Cole attributed some of the interior design updates to Mr. Yager. "We wanted to make changes he really had the changes … END_OF_DOCUMENT_TOKEN_TO_BE_REPLACED 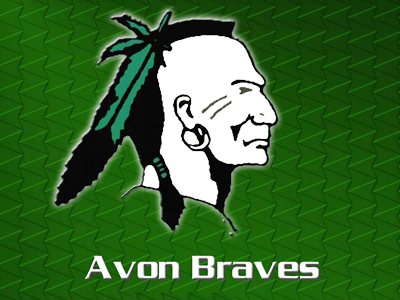 AVON—Despite holding an 8-6 lead heading into the top of the seventh inning, the Braves could not hold on, as the Cal-Mum Red Raiders scored five runs and held Avon in check in the bottom half Wednesday evening, defeating the Braves 11-8. The Braves jumped out to a 4-0 lead in the bottom of the third and starting pitcher, Connor O’Donoghue, held strong until the top of the fifth, where he gave up the lead by allowing six runs. The Braves … END_OF_DOCUMENT_TOKEN_TO_BE_REPLACED 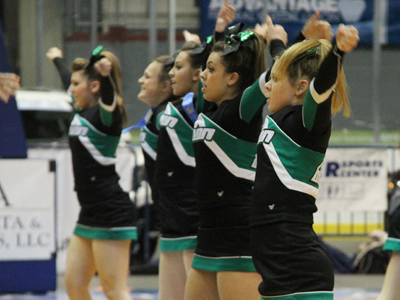 AVON — The Avon Varsity Girls Cheerleading will be competing at Nationals in Ohio this weekend. They received first place in sectionals this season and have fundraised between $7000-8000 dollars, to be able to have this chance in Nationals. Since New York State does not recognize cheerleading as a sport, in order to continue after sectionals this group of 16 girls needed to fundraise to pay their way there. The only other two teams in our area … END_OF_DOCUMENT_TOKEN_TO_BE_REPLACED

CALEDONIA— The Caledonia Red Raiders took on the Campbell Savona Panthers tonight. It was the second round of sectionals for the two teams, whoever lost was knocked out of the running for a sectional title. Caledonia came out on top, winning 76-47. Steve Gaffney came up huge for the Red Raiders, scoring a total of 25 points this game. During the second quarter he also made his 1000th point. He has played a total of four years on varsity. “It’s … END_OF_DOCUMENT_TOKEN_TO_BE_REPLACED Caledonia — After trailing after the first quarter, 18-17, the Caledonia-Mumford Red Raiders turned up the defense and executed offensively to defeat the visiting Perry Yellowjackets on senior night, 74-53. Senior guard Steve Gaffney led the way for the Red Raiders with 24 points 12 rebounds and 4 assists, while forward Kyle Kline added 18 points and 5 rebounds. While both teams performed well early, it was the Raiders who kept up the … END_OF_DOCUMENT_TOKEN_TO_BE_REPLACED RETSOF— The York Lady Knights defeated the Geneseo Lady Blue Devils tonight in overtime. This was an intense game of well-played defense on both teams. The final score was 33-31. The first 6 points of the game tonight for York were scored by Danielle Perry. The Golden Knight freshmen stepped up this game to help out her team, due to Katelyn Venable’s knee injury. “We were short tonight with Katelyn Venable’s knee injury, taking 10 points and … END_OF_DOCUMENT_TOKEN_TO_BE_REPLACED