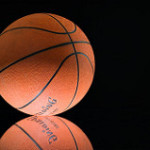 In a game that was neck-and-neck the whole way through, Rochester's School of the Arts beat Avon 94-90. The teams went head-to-head in two additional periods before SOTA made their final push to victory. Commendable players for Avon were Nick Rowland, with 31 points; Tyler Dailey, with 25; and Connor Taylor, with 23. … END_OF_DOCUMENT_TOKEN_TO_BE_REPLACED

Last week's game saw Avon put the wallop on Kesh, but not without a fight. By halftime Kesh was up one point, forcing Avon to rally strong for a late-game blowout, scoring 35 points to Kesh's 15, and settling their victory in a comfortable 19-point lead. Key players for Avon were Connor Taylor, with 29 points; Nick Rowland, with 28; and Paddy Coyne, with 8. … END_OF_DOCUMENT_TOKEN_TO_BE_REPLACED

Tuesday night's game saw Avon earn a decisive victory over Letchworth with a final score of 70-51. Avon started strong in the first quarter, scoring 23 points, while Letchworth struggled to catch up. Top scorers for Avon were Connor Taylor, with 23 points; Nick Rowland, with 20; and Paddy Coyne, with 10. … END_OF_DOCUMENT_TOKEN_TO_BE_REPLACED

LIVINGSTON COUNTY — On Dec. 12, the Avon Boy's Basketball Team reigned victorious against York in a close game, ending with a score of 59-52. Key players for Avon included Connor Taylor, Nick Rowland , Paddy Coyne, and Tyler Dailey. Matt McFarland, Josh Davis, and Riley Stella were all crucial scorers for York. York is now 2-2 and will be playing a non-league game on Saturday, Dec. 15. Avon remains undefeated at 4-0. … END_OF_DOCUMENT_TOKEN_TO_BE_REPLACED

Friday night's neck-and-neck game saw Avon inch past Livonia in the final quarter, settling the score at 53-50. The game opened to a first-quarter tie, with Livonia scoring one point ahead of Avon in the second and third quarters. But Avon rallied and shot ahead as necessary to cinch the game in the final quarter. Top scorers for Avon were Nick Rowland, with 21 points, and Connor Taylor, who scored 12. Livonia had Nathan Gunther at 17, and … END_OF_DOCUMENT_TOKEN_TO_BE_REPLACED