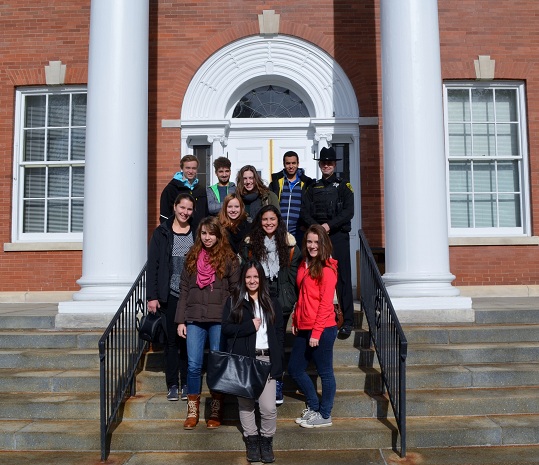 LIVINGSTON COUNTY – A troop of high school exchange students from around the world turned out to the County courthouse on Monday to see for themselves the ins and outs of the American Justice system, and how it compares to justice and law enforcement in their home countries, as part of a 10-month American Field Service (AFS) student exchange program. Sheriff Deputy Tim Sweeting led the procession of  ten kids and their two adult chaperones to the … END_OF_DOCUMENT_TOKEN_TO_BE_REPLACED 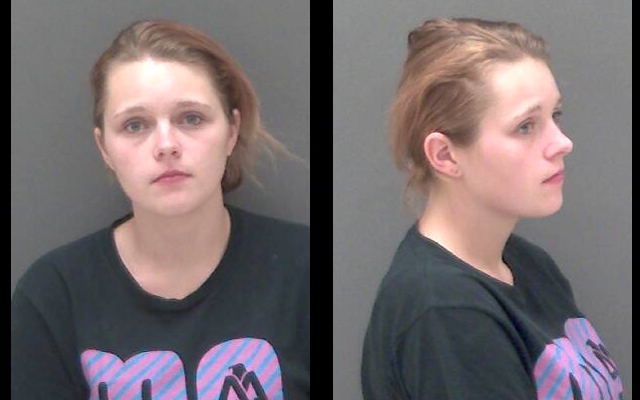 MOUNT MORRIS – A Mount Morris woman was arrested last Wednesday on several felony charges after she allegedly stole checks from family members and cashed them. According to a Monday press release from Livingston County Sheriff Thomas Dougherty, Ashley King, 20, from Mt Morris, was arrested for two counts of Forgery, a class D Felony, two counts of Possession of a Forged Instrument, also a D Felony, two counts of Petit Larceny, a class A … END_OF_DOCUMENT_TOKEN_TO_BE_REPLACED 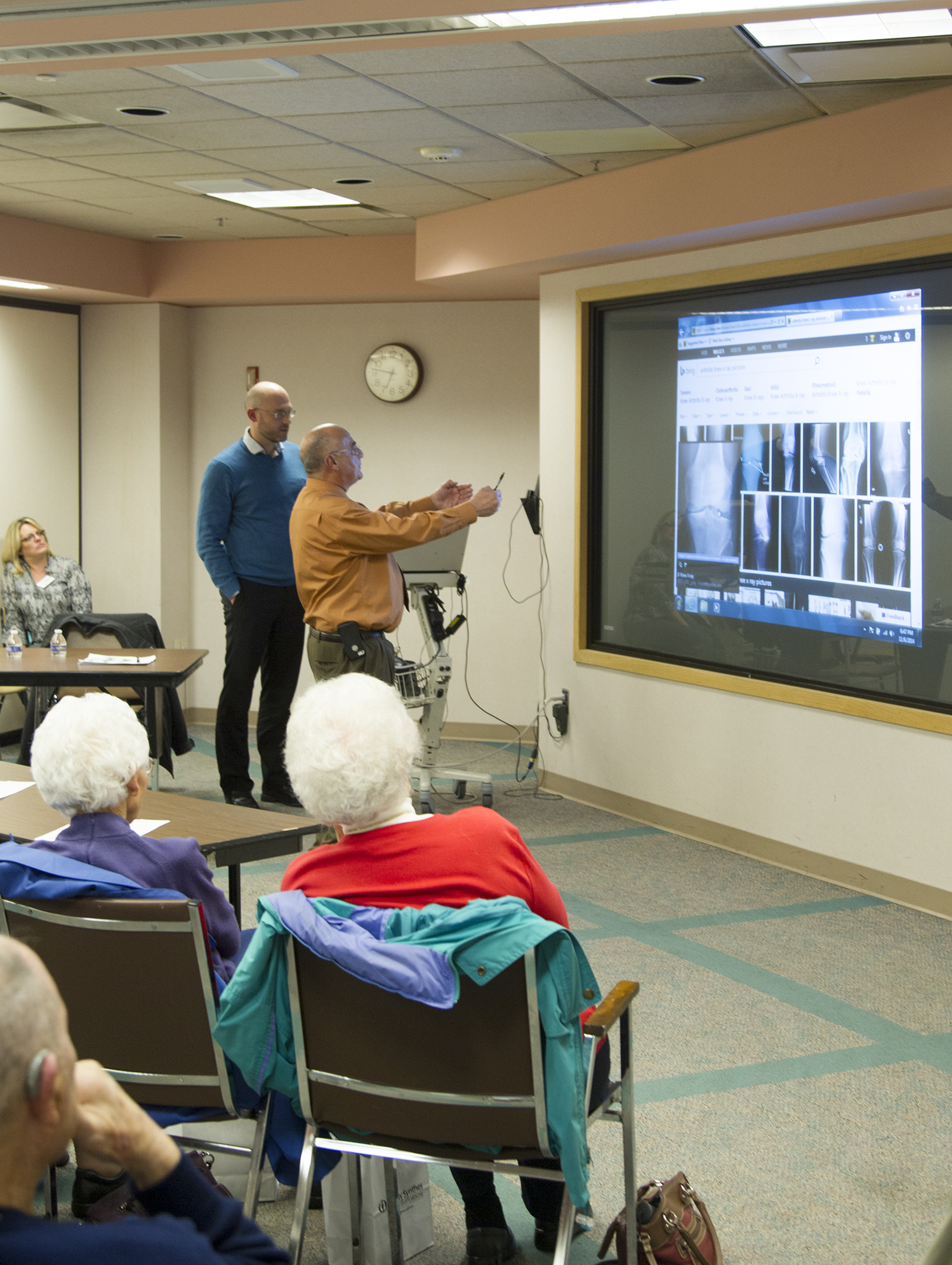 DANSVILLE — An ordinary conference room at Noyes Health was filled to capacity as over forty community members participated in the “Manage Your Knee Pain and Enjoy an Active Lifestyle” seminar. According to a press release from Cynthia Oswald, Director of PR/Marketing at Noyes Health, Dr. Robert Capecci and Dr. Kevin O’Keefe, specialists in Orthopaedics and Sports Medicine, facilitated the talk sponsored by Orthovisc. Mike Donegan, Director of … END_OF_DOCUMENT_TOKEN_TO_BE_REPLACED 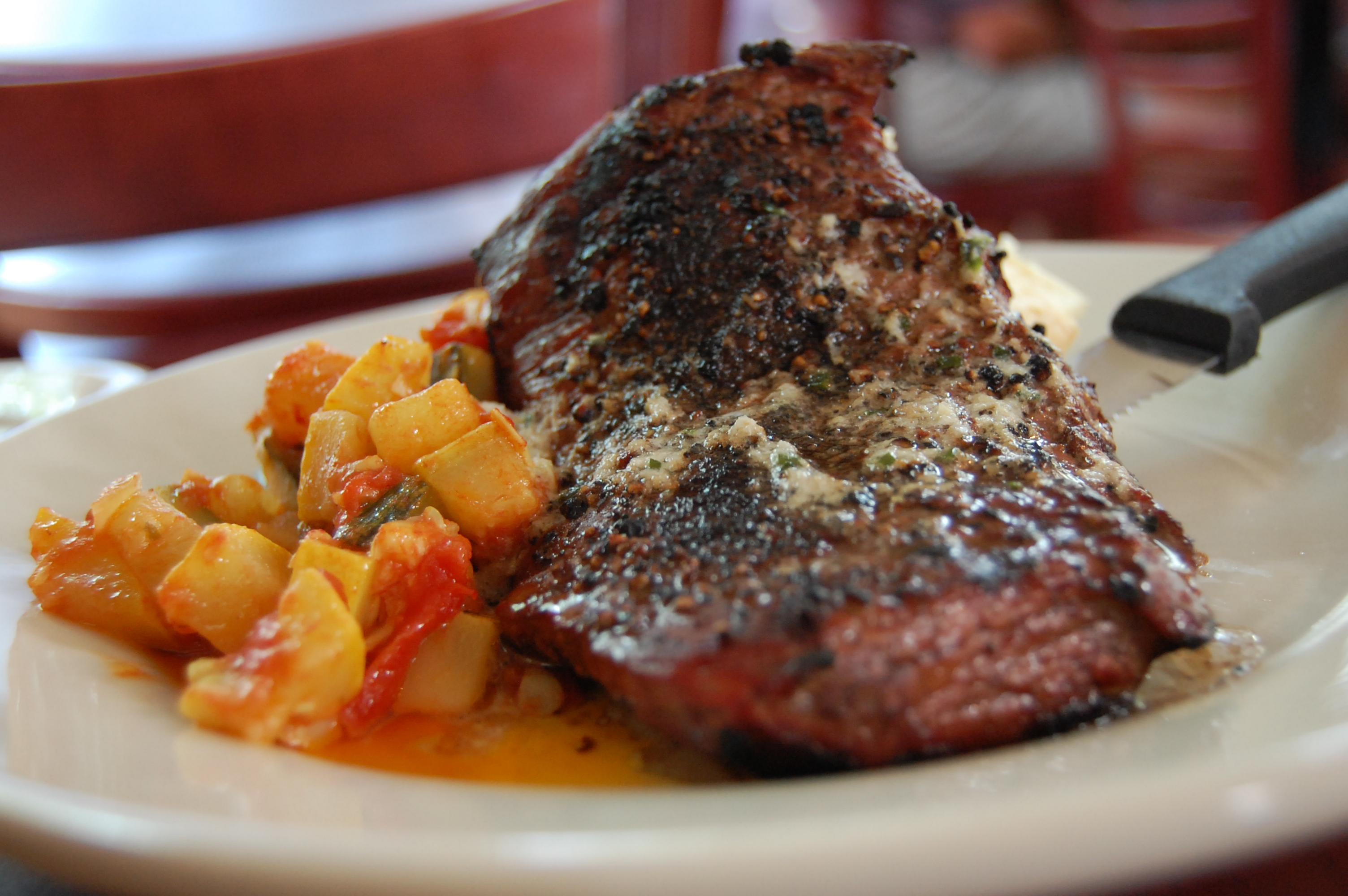 LAKEVILLE — This Veterans Day, Tuesday, November 11, the Lakeville Fireman's Exempt Club will be hosting a free steak dinner for all veterans. Accompanying friends and family are encouraged to join in the celebration, but, due to limited supplies, steak will be reserved for veterans only. Family will still be provided with a free hot dog dinner. This community event, initiated and supported by charitable local business owners Les, Matt, and … END_OF_DOCUMENT_TOKEN_TO_BE_REPLACED 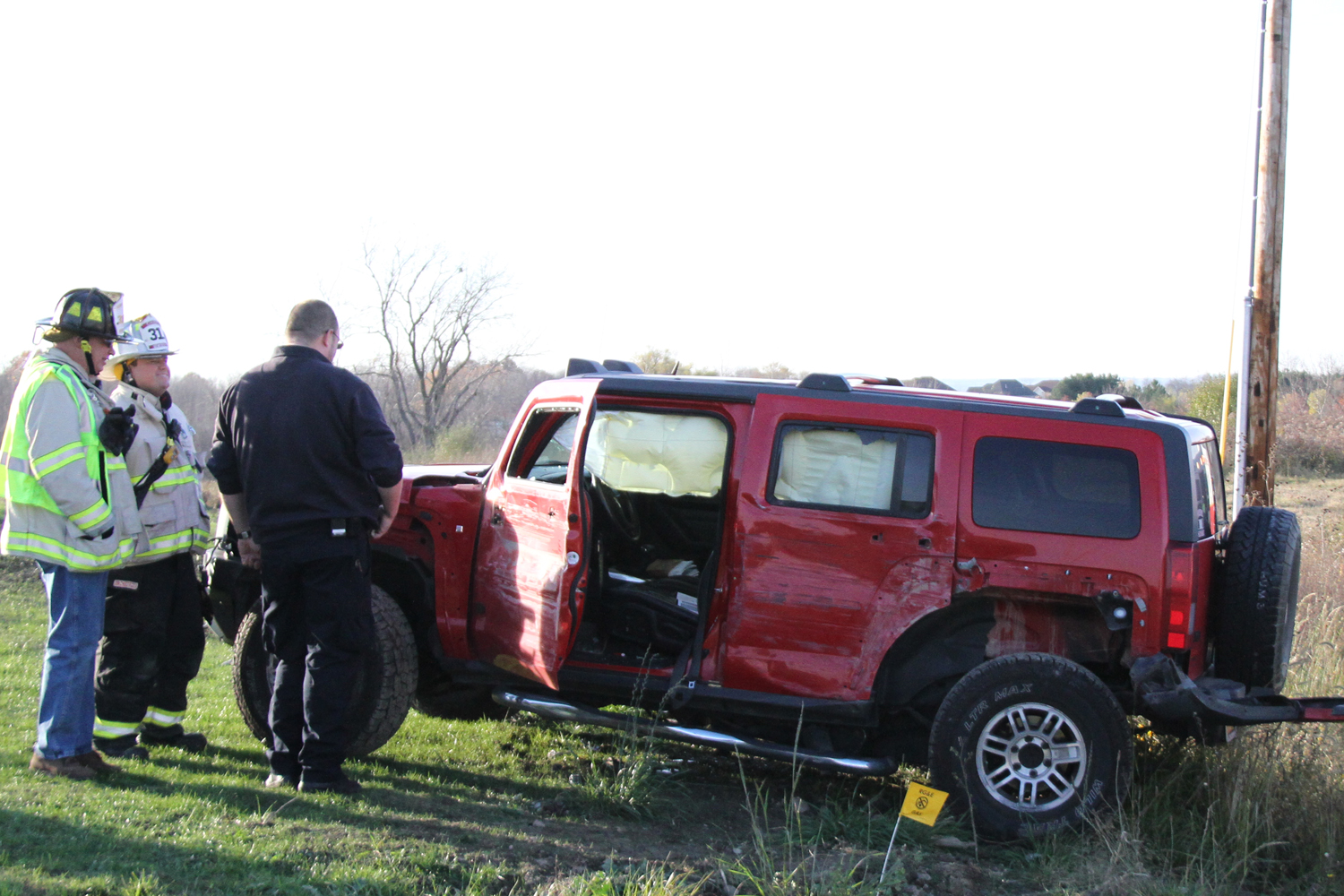 GENESEO— The driver of a big red Hummer got a rude awakening when for unknown reasons he ran off of Volunteer Drive and glanced off of a utility pole outside of the Hammocks at Geneseo luxury apartments complex. According to witnesses, the driver, who was the sole occupant of the vehicle, emerged from the car uninjured with the airbags blown and the right side doors crushed. He apparently appeared to be physically OK, but something appeared to … END_OF_DOCUMENT_TOKEN_TO_BE_REPLACED 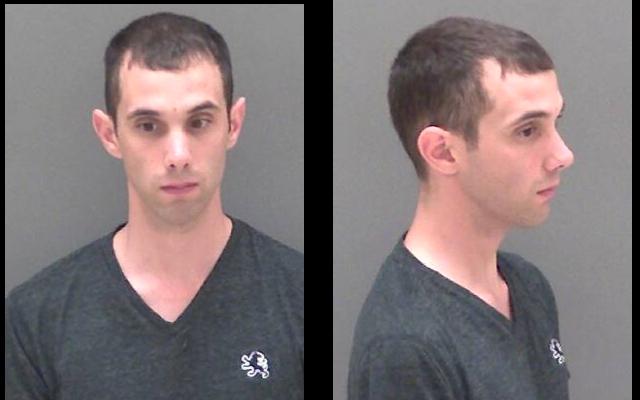 LIVINGSTON COUNTY – A Conesus man has folded in the face of two trials on two separate indictments, and took a plea deal Monday morning for both sets of charges, regarding violating orders of protection against his girlfriend, with whom he has a daughter in common. Adam Bucci, 28, pled guilty to Criminal Contempt in the First Degree, an E felony, in indictment number 2014-221, and Criminal Contempt in the Second Degree, an A Misdemeanor, in … END_OF_DOCUMENT_TOKEN_TO_BE_REPLACED 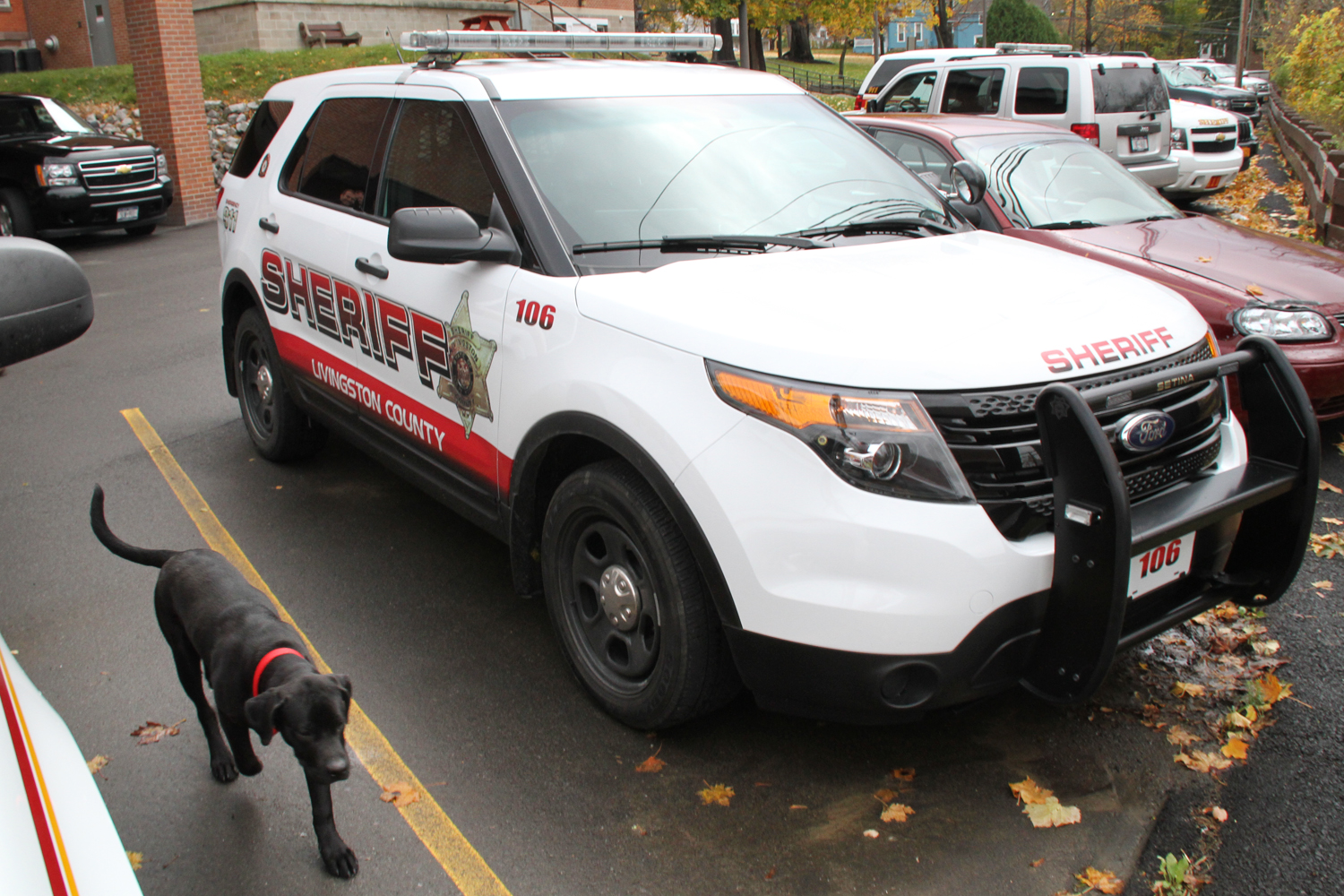 LIVINGSTON COUNTY —The Sheriff's Office is making upgrades to the department that the Sheriff says will result in improved safety for Deputies and savings for the tax payer with replacing gas guzzling vehicles and the addition of an Unmanned Aerial Vehicle (UAV). Livingston County Sheriff's Office has already purchased one new 2014 Ford Explorer Police Interceptor, and is likely to get approval from the County Board of Supervisors for four … END_OF_DOCUMENT_TOKEN_TO_BE_REPLACED

AVON — Livingston County Sheriff Deputy Shawn Whitford once again made an alert drug snag after arresting a Belfast  man with over 100 bags of Heroin. According to a press release from Sheriff Thomas Dougherty, Wesley Histead, 35,  from Belfast NY, was arrested for felony drug  possession while commuting through the area, allegedly with 120 bags of heroin. Histead was placed into custody and charged with one count of Criminal Possession of a … END_OF_DOCUMENT_TOKEN_TO_BE_REPLACED 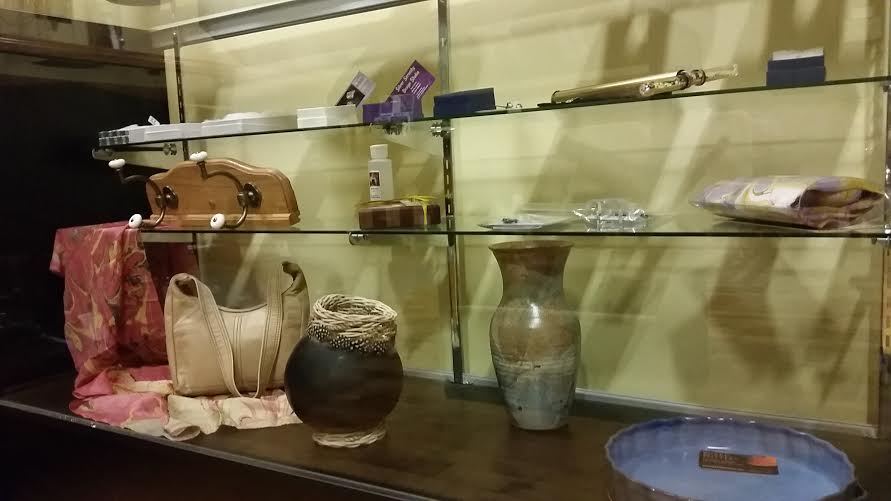 WYOMING COUNTY — The Arts Council for Wyoming County (ACWC) will be holding it's Annual Silent and Live Auction Saturday, November 15. The auction, which begins at 10 a.m will give participants a chance to bring home original artwork. A number of the auction items are donated by the Letchworth Arts and Crafts Show's artists. This auction presents a chance for bidders to pick up an original gift for family and friends, or to secure a great … END_OF_DOCUMENT_TOKEN_TO_BE_REPLACED 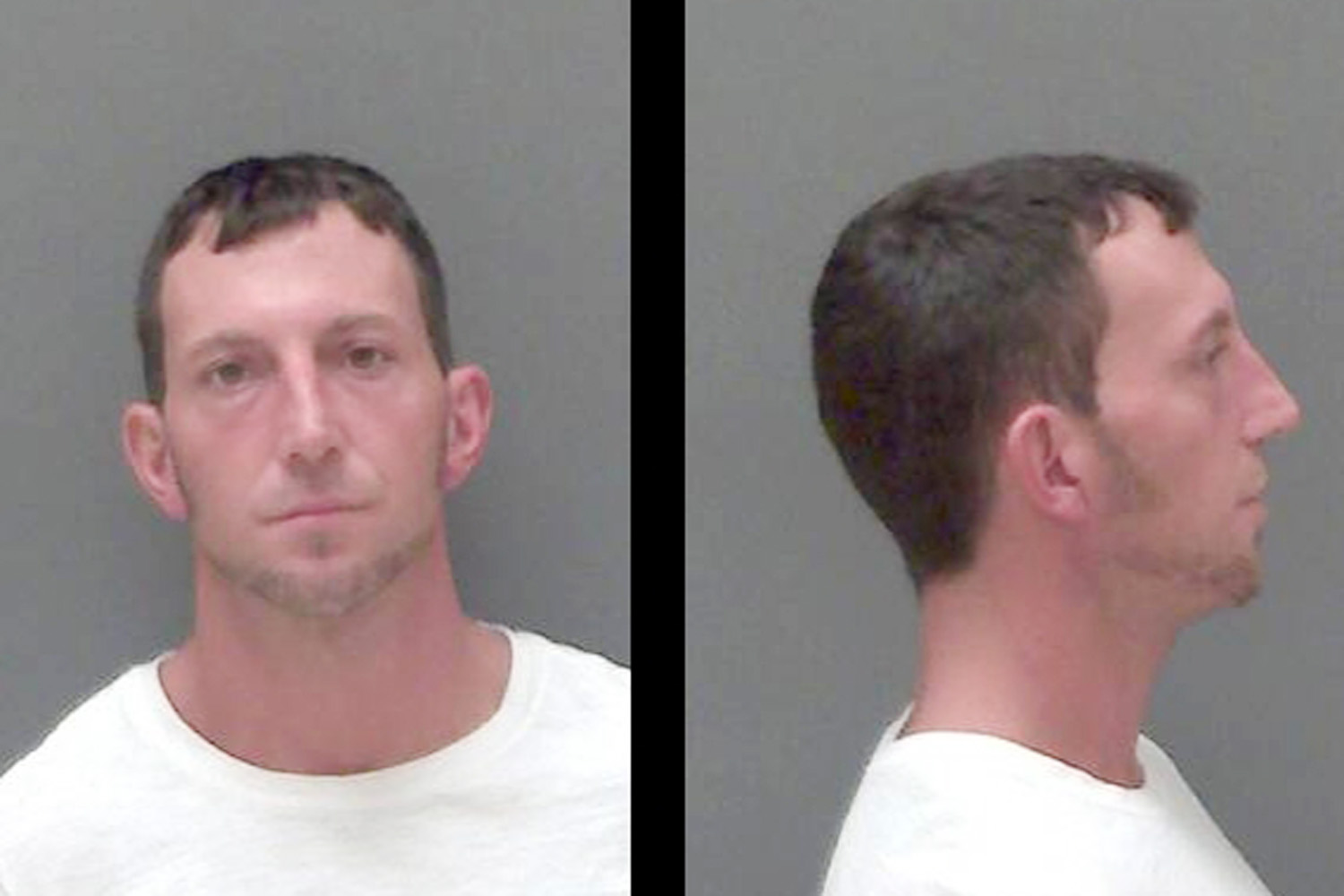 LIVINGSTON COUNTY — A Livingston County man dubbed a 'Bad Apple' after numerous offenses and violations has once again found himself in hot water, this time while being incarcerated in the Livingston County Jail. According to a press release from Livingston County Sheriff Thomas Dougherty, Brian Mehlenbacher was arrested for the felony charge of Promoting Prison Contraband. After a search of his jail cell investigators allegedly discovered two … END_OF_DOCUMENT_TOKEN_TO_BE_REPLACED