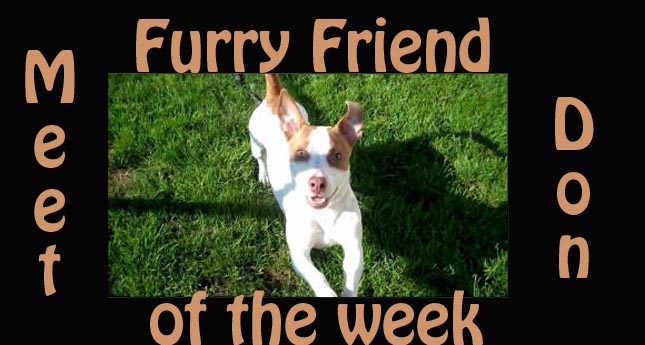 MEET DON: Don is a two year old, terrier, Jack Russell mix. Don is white and brown, small, and neutered. Don is a fun, goofy boy with a lot of energy and loves to run and play ball. Don is fostered with other dogs and children and would be a great addition to an active family. For more information about Don please visit, www.goingtothedogsrescue.org. … END_OF_DOCUMENT_TOKEN_TO_BE_REPLACED

Piffard: September 14, 2013 with family at his side 10 days prior to his 65th birthday, after losing a 14 month battle with cancer that took his vision  first. Survived by his wife, Carol (Smith);children, James (Laurie) Carlin of Tuscon, AZ., Tracy (Sean) Schwenneker of El Cajon, CA., Timothy (Joanne) Carlin of Raleigh,NC, Francine (Robert) Pelkey of Caledonia, Patricia Finocchario,stationed with the US Navy, & Barbara Finocchario of … END_OF_DOCUMENT_TOKEN_TO_BE_REPLACED 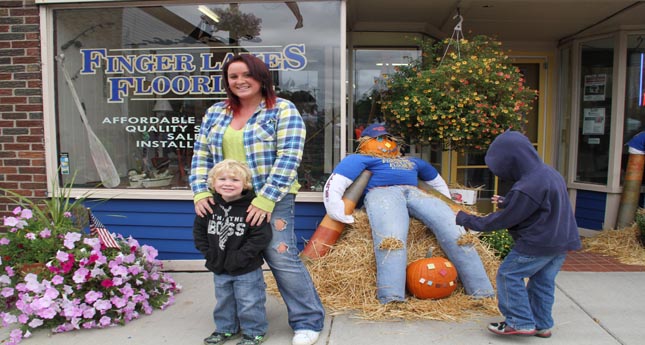 LIVONIA — As the leaves began to fall, autumn was embraced at Livonia’s Annual Autumn in the Village. This year marked the eleventh year that the Livonia community proudly hosted Autumn in the Village that was fun for adults and children alike. “My favorite season is the fall, so it’s nice to have a festival that is fall themed and local,” said Nicole Cross of Livonia. Cross has lived in Livonia for eight years and has brought her family … END_OF_DOCUMENT_TOKEN_TO_BE_REPLACED 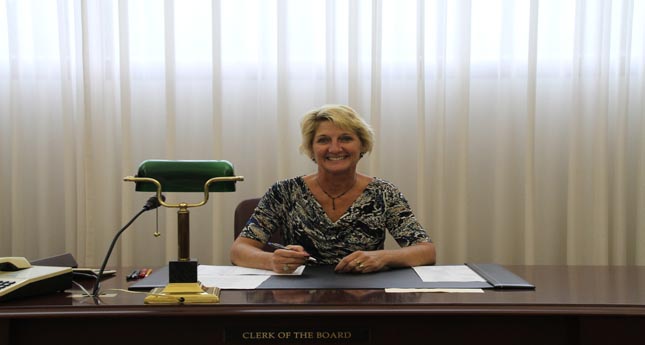 LIVINGSTON COUNTY — Virginia Amico is retiring as the Livingston County Clerk of the Board of Supervisors. Amico was recognized for all of her hard work at the Board of Supervisors meeting on Wednesday as she said her farewell to the position she held for 23 years. “I thank the board for the honor and the privilege to serve as their clerk for 23 years,” said Amico. The meeting room fell to a hush as nearly every Town Supervisor … END_OF_DOCUMENT_TOKEN_TO_BE_REPLACED 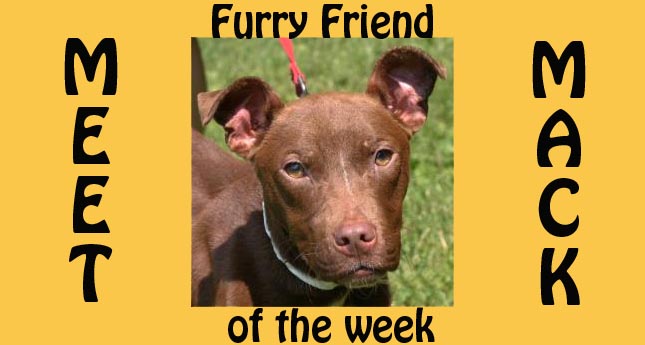 FURRY FRIEND: MACK Mack is a nine month old Terrier, Pit Bull mix. Mack came to Going to the Dogs Rescue extremely underweight and struggling to stay healthy due to his lack of nutrition. Mack is brown and white, small, and has not been neutered. His foster provided him with a lot of love and he has grown so much in such a short time. Mack is now seeking his forever home. For more information on Mack please visit, … END_OF_DOCUMENT_TOKEN_TO_BE_REPLACED 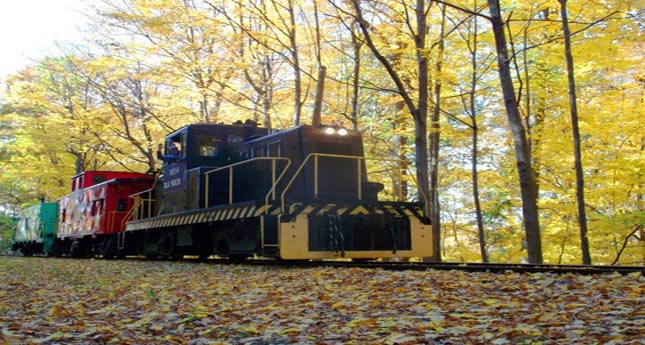 RUSH — Enjoy the autumn colors of upstate New York from the windows of an electric trolley car and a diesel train’s caboose. As this trolley ride is the only one offered in New York State, the combined New York State Museum of Transportation and the Rochester and Genesee Valley Railroad Museum invites New Yorkers to come and enjoy the fall foliage as the museums bring history back to life. During the ride, passengers will be able to view … END_OF_DOCUMENT_TOKEN_TO_BE_REPLACED 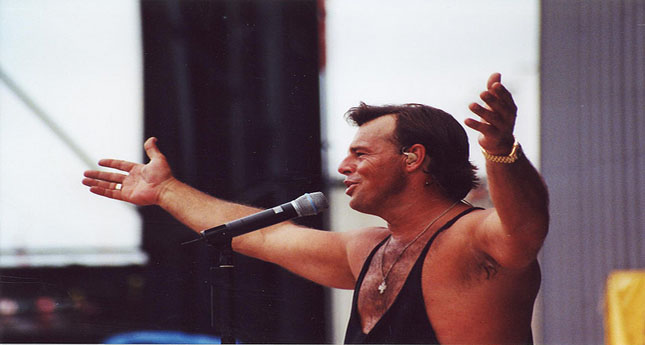 LEROY — Sammy Kershaw will take the stage at Jam at the Ridge 2013 at Frost Ridge Campground this weekend. Kershaw, 55, currently residing in Lafayette, Louisiana will be in Leroy this weekend and will headline Jam at the Ridge 2013. “We used to come to New York a lot in the past,” said Kershaw. “We are always ready to come to New York.” Many people remember Kershaw for his country music hits like, “She Don’t Know She’s Beautiful,” … END_OF_DOCUMENT_TOKEN_TO_BE_REPLACED 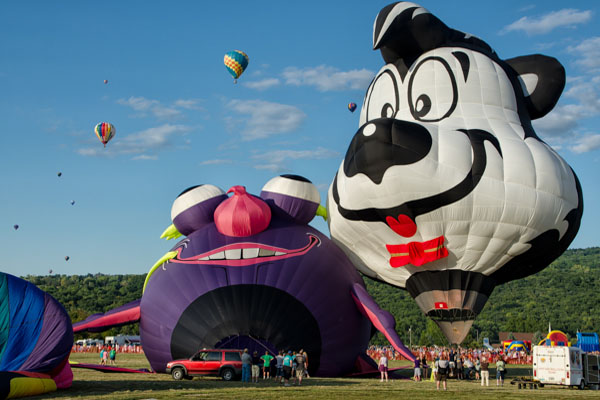 DANSVILLE — The 32nd Annual New York State Festival of Balloons brought excitement of hot air balloons launching into the Dansville sky. Though the scheduled 6 a.m. launch was cancelled Saturday due to high winds and storm warnings, optimism prevailed for the evening launch. “The pilots launch an hour after sunrise and an hour before sunset because that is when the wind is most dormant,” said Dorothy Hotchkiss, President of the Dansville … END_OF_DOCUMENT_TOKEN_TO_BE_REPLACED 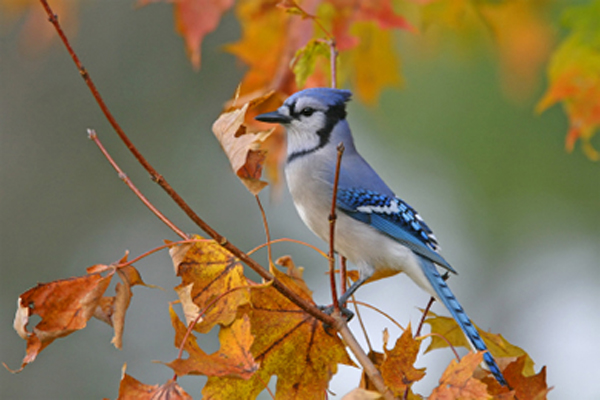 LIVINGSTON COUNTY -- The “Nature of Things” series will continue throughout the fall with the Flyways and Byways program. The Chip Holt Nature Center, located in Vitale Park, Lakeville, will kick off their free series on September 12, with the Flyways and Byways program at 7p.m. According to a press release, Ranger for the U.S.  Army Corps of Engineers and wildlife expert, Tom Wenzel will share his favorite birding routes and nearby … END_OF_DOCUMENT_TOKEN_TO_BE_REPLACED