GENESEO — The Geneseo men's soccer team fell 4-1 to SUNY the Oneonta Red Dragons on Saturday afternoon. This game was a disappointing end to an otherwise successful week in which they earned two 2-0 wins. The Knights scored first early in the game, earning a free kick in under a minute just outside the penalty area on the left side. Senior captain Alex Stephan drove the kick low in front of the net where one of his numerous teammates … END_OF_DOCUMENT_TOKEN_TO_BE_REPLACED GENESEO — The Lady Knights of SUNY Geneseo played their second double overtime in two days on a brisk Saturday afternoon, ending in a 0-0 draw against Buffalo State. It was a defensive struggle that allowed for few quality scoring chances. “We played great defense, but our finishing and possession in the scoring area was just off today.” said coach Nate Wiley after the game. Geneseo was unable to convert on their numerous crosses and … END_OF_DOCUMENT_TOKEN_TO_BE_REPLACED 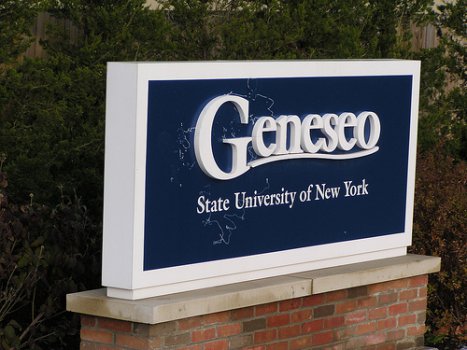 GENESEO— The Geneseo women's soccer team fell 3-2 in double overtime to Fredonia at home on a crisp Friday afternoon. It was a well played, back in forth game that took two extra 10 minute overtime periods to produce a winner. “It was nice too see offensive production, we played a good game today.” said coach Nate Wiley after the match. The girls had only recorded one goal in their previous six fixtures. The Lady Knights took a 1-0 lead … END_OF_DOCUMENT_TOKEN_TO_BE_REPLACED 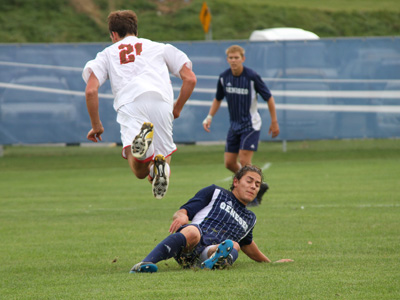 GENESEO — The Geneseo men's soccer team fell 3-1 to nationally ranked St. Lawrence on a cloudy Saturday afternoon.The team came out flat and fell behind early as a strong St Lawrence side continued to put pressure on the ball and opposing net leading at the half 2-0.“We came out timid against a formidable opponent and they took advantage of it,” said coach Oliveri when talking about the first half.The second half saw a much more competitive … END_OF_DOCUMENT_TOKEN_TO_BE_REPLACED 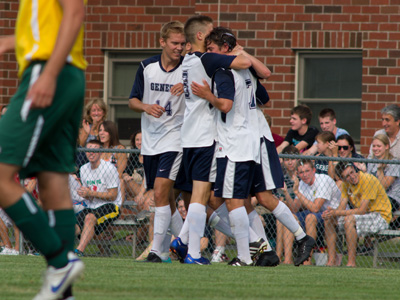 GENESEO — The Geneseo Knights men's soccer team earned their first victory at home on Friday, beating Clarkson with a 2-0.The game began with both teams playing evenly until the 12th minute when senior captain, Alex Stephan, was able to collect a corner kick on the top of the box and ripped a shot right over the keepers extended arm. One minute later Stephan followed up with a free kick from 30 yards out and crushed it off the crossbar and in to … END_OF_DOCUMENT_TOKEN_TO_BE_REPLACED 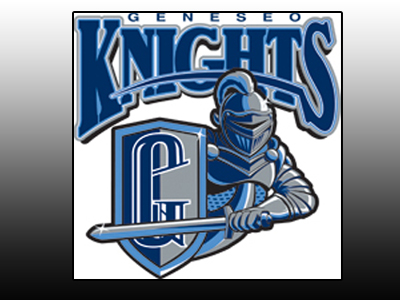 GENESEO — Both SUNY Geneseo soccer teams kicked off their seasons this past weekend with two game tournaments and while both teams returned home with a starting record of 0-2, the young squads returned with valuable experience. The girls traveled  Long Island and began the season Friday against Salisbury from Maryland. The girls were able to maintain a high level of play for extended periods of time, but their lack of experience came through … END_OF_DOCUMENT_TOKEN_TO_BE_REPLACED

GENESEO — As the 2012 fall sports season approaches, both the Geneseo men's and women's soccer teams look to build on successful campaigns from 2011.The girls squad, lead by head coach Nate Wiley, is looking to rebuild after a season in which they finished 14-4-2. The team made it to the second round of their conference tournament before being knocked out by the top ranked Cortland Lady Dragons. “I like the mix of young talent and experienced … END_OF_DOCUMENT_TOKEN_TO_BE_REPLACED