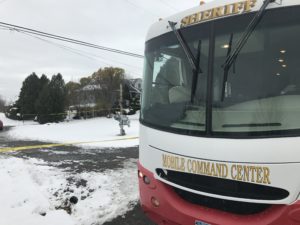 YORK – The Livingston County Sheriff’s Office continues to meticulously investigate the death of one person due to knife wounds on Fowlerville Road.

A female reported an unknown disturbance at the residence near the Caledonia town line to 911 at 10:10 p.m. Monday. Deputy Sheriffs arrived and began investigating the scene as a ‘suspicious death.’

“We’re not labeling suspects at this time,” said Dougherty. “We’re still working through this scene to determine what the cause is here.”

Dougherty did confirm that a male is deceased and that a knife was involved.

“There was no gun involved,” said Dougherty. “The weapon is a knife.”

The Sheriff once again emphasized that this is considered an isolated incident and represents no further danger to the public.

Dougherty said that he expects crime scene technicians to be on scene for many more hours, possibly past dark tonight.

“Like I said, it’s a slow, methodical process that these techs go through. You get one chance at these and we’re going to get it right.”

The Sheriff is not calling this a homicide investigation. He added that further details will be released once they are deemed to no longer threaten the integrity of the investigation.

“Until I have more details from the technicians, the Deputies processing this scene, right now it is a death investigation,” said Dougherty. “I’m going to be transparent with you guys, you know that, but I’m not going to be so transparent that it that it risks any problems in the integrity of the investigation.” 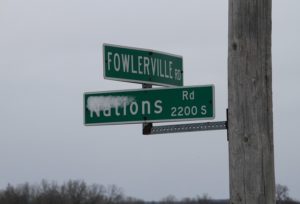 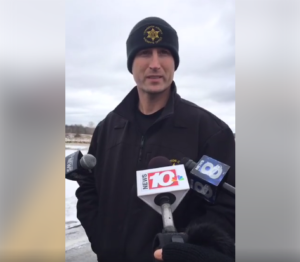